The South Florida office of the American Jewish Committee recently held its fourth annual Thanksgiving Diversity Breakfast.  Its goal was to bring together people of different religions and ethnic groups.  AJC’s Greater Miami director spoke.  He stated that, ” America’s diversity is what makes us stronger.”


It is quite puzzling that a Jewish organization would think that Jews needed to be prodded to mingle with the rest of the population.  The staggering rate of assimilation and intermarriage testify to Jewish expertise in this matter.

The “December holiday season” in America today is a sobering example of the embrace of diversity.  “Chrismakah” has evolved as a new politically correct answer to the dilemmas of this time of year.  A combination of Christmas and Chanukah, this holiday is perfect for intermarried couples and even Jews that just like the hoopla of Xmas.

“Chrismakah” seems to be the quintessential celebration of diversity. Christmas trees and Chanukah menoros are proudly displayed side-by-side. Chanukah stockings are hung on the mantel and Jewish Stars adorn festive wreathes.

The idea is to accommodate everyone’s beliefs.  The reality is that no one is accommodated.  It is a patronizing attempt to serve pareve pabulum of dumbed down holiday fare.

For Jews, this concept is the height of irony.  Chanukah is more than a remembrance of the Jewish victory against Greek / Syrian tyranny.  It also marks an internal battle for the purity of Jewish practice, fought against secularized and Hellenistic Jews that had embraced the hedonist culture of the times.

Jewish organizations need to stop flitting about embracing diversity and concentrate on maintaining authentic Jewish values.  The concept might not be politically correct, but it is essential to Jewish survival. 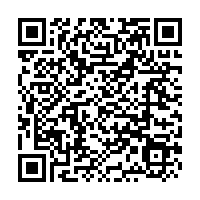