Yuby Ramirez wept as she took the stand in Miami federal court. Ramirez has readily admitted compliance in a murder. She housed the hit men, hid their weapons and drove the getaway car.

The tears Ramirez shed, however, were not those of contrition. They were tears of anger directed at her attorneys. She blames them for her life sentence. Although the ultimate decision was her own, Ramirez turned down a plea deal that would have given her a lighter sentence than the one she received. Her lawyers had advised against it.  Ramirez now wants to use the fact that she heeded their recommendation as a basis for release.


This is a unique period in history. It is a time when people are routinely excused from personal liability. Someone else is always at fault. A burglar sues for injuries incurred when falling through a skylight of a building he was robbing. He claims the structure was not safe. A diner blames a restaurant after he spills coffee on himself.  The liquid was hot enough to burn.

Yes, there are mitigating circumstances. We all have personal baggage. We all can get bad advice, or fall in with a bad crowd, or follow someone who is misdirected. The circumstances of our childhood or a trauma we suffered or a companion we trusted can have a big effect on what we do. However, the old adage is true: The person to blame is the one who is staring back at you in the mirror.

The Jewish community has a unique rite that breaks the “blame others” mentality. Every year on Yom Kippur the entire congregation in synagogues throughout the world stands to recite a collective and lengthy personal confession of misdeeds perpetrated throughout the year. No one is exempted. Everyone admits guilt. All ask forgiveness.

The inability to take personal responsibility can cripple not only an individual but society as a whole. The current collective acceptance of the victim mentality is a danger to us all. Let us not wait for Yom Kippur to take an honest look out ourselves.

Students of Achim Academy Center for Education – the day school under the Neytz haChochma ESE umbrella in North Miami Beach – took a field trip to the Jesse Williams Ranch in Kendall Lakes to plant a tree on Tu B’Shevat. Meanwhile, a college fraternity chose to “adopt” the school for its community service project.

At the ranch, students visited some of the residents – including horses, a zebra, roosters, monkeys, Florida panthers and colorful parrots. The five-acre ranch has been in existence for 29 years, saving endangered species, breeding beautiful horses, and developing educational programs for children and families, including programs for children with special needs.

Back at school, six members of Alpha Epsilon Pi fraternity at Florida International University, and one friend, came to do a mitzvah. Led by Daniel Arshadnia, the young men jumped right in and participated in every school activity.

In Reader’s Theatre the frat boys used the “amazing time machine” created by Neytz kids. The big silver box features  a BK2TFTR license plate (Back to the Future), flashing lights and a book that opens to reveal a real person from the past who comes “alive” in the reading, which provides a historical lesson

In another room with the younger students, Aaron “The Mike” Holder, who has an incredible bass voice, mesmerized the students, accompanying himself on his guitar. When the older boys came to join the younger ones, they grabbed their guitars and keyboards and jammed.

Outside, Rabbi Goldenberg and some of the students were playing a Team Building activity and some of the frat boys joined in. The goal was to keep three beach balls, each a different size, in the air for a few minutes. Sounds easy – but they couldn’t use their hands. 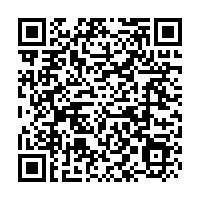