The world watched in horror as the surreal photos of the Costa Concordia hit news outlets last week. The immense cruise ship hit rocks off the coast of Italy, ran aground, and wound up on its side, sinking in the Mediterranean. The scene was one of wild mayhem. The captain is alleged to have abandoned the ship and left the distraught passengers to fend for themselves. Some died in the accident. Others are still missing.

Certainly, everyone who boarded the ill-fated Costa Concordia had anticipated a beautiful trip amid opulent accommodations. No one thought they were in danger. They only thing they were expecting was a wonderful time at sea.


Several South Florida residents were on the ship and survived the disaster. They were interviewed at Miami International Airport upon their return. They told reporters the same story – they never saw this coming.

Despite the best of intentions, life can be precarious and unpredictable. We like to think we have control. In reality, the only control we have is not what challenges we will face, but how we will handle the challenges that face us. Soldiers live through perilous battles. Vacationers die on a luxury cruise.

Those who survived the Costa Concordia disaster can bemoan their bad luck to have been aboard the ill-fated ship. On the other hand, they can celebrate the fact that they persevered and appreciate every single day as a special gift to be savored. The choice is up to them.

Those who learn and grow from good and bad experiences understand a basic tenet of life. They expect the unexpected and use it well. 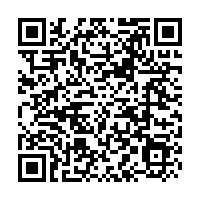