J.O.IN. Orlando’s Rabbi Menachem Zev Kramer, who led the Sunday morning Mishnah group, spoke about the importance of Torah and Hashem in our everyday lives.


Orlando was once a place where people came only to visit and vacation. Now it is home to a burgeoning Torah community, a place Jewish families can be proud to call home. To that end, in August 2014 three families – Rabbi and Mrs. Gabi and Sarah Gittleson, Rabbi and Mrs. Menachem Zev and Shoshana Kramer, and Rabbi and Mrs. Michoel and Elisheva Rennert from Yeshiva Chofetz Chaim in Queens, New York –moved to Orlando. They had one simple goal – to establish an outreach destination where every Jew, regardless of background or affiliation, could begin to appreciate their heritage.

The pioneers established a community Jewish center, Jewish Outreach INitiative or J.O.IN. Orlando. They aimed to strengthen the existing Orlando Jewish community through a variety of programming, educational discussions, socio-religious events, and by creating lasting friendships.

J.O.IN. Orlando is nearing the end of its first year in Orlando. The organization is very excited about the future of a Jewish Orlando. Many programs and projects have been started. They include Young Jewish professional dinners, Jewish day camp, Jewish-mom trips to Israel, communal Jewish holiday events, lunch-n-learns, and a chavrusa program. 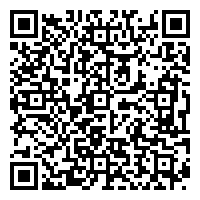