Rochelle Malek received the Eshet Chayil Woman of Valor Award for her phenomenal dedication to the school and the Miami Beach community. Rochelle uses her talents to contribute in many ways. She is an active and involved member of many important organizations and groups.


Ms. Malek, who was married to former Miami Beach mayor Joe Malek, a”h, is a devoted mother, grandmother and sister, as well as a community powerhouse, respected and loved by all.

Other awards were presented throughout the evening. Senator Marco Rubio received the Community Service Award for his resolute support of the community. The Alumni Spotlight Award went to Tamra Fox-Meyerson for her vision and endeavors on behalf of the school. Morah Gail Davis received the Excellence in Education Award for her years of service to the school and students.

Norma Reiz and Diana Kurtzer were awarded with the Commitment to Excellence Award. These two dedicated women in the west-campus office have always been there for students, teachers and parents.

The Hebrew Academy is an Orthodox day school serving children from birth through Grade 12. RASG equips students to reach their fullest potential both academically and spiritually and instills eternal Torah values in a changing world.

Man, 72, Plotted to Burn Miami Condo and ‘Kill All the [Expletive] Jews’ 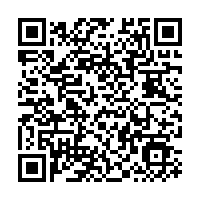