Young Israel Congregation, serving the communities of Surfside, Bal Harbour and Bay Harbor Islands, held its Chanukat Habayit celebration on the first night of Chanukah, Sunday, December 6. The event began with a lavish buffet in the new building’s social hall. Various stations were set up with delicious dairy cuisine including hot dishes, sushi, salads, and desserts.

The event moved into the magnificent sanctuary, where the synagogue’s spiritual leader, Rabbi Moshe Gruenstein, lit the first Chanukah candle.


Menno Ratzker, master of ceremonies for the evening, began with a resounding, “We are finally, finally here!” The crowd roared. It had been an eight-year journey from their previous rented space on the second floor of the AmTrust Bank building in Surfside.

Young Israel Congregation’s president, Aaron Weinberg, said the night marked a new beginning for Young Israel. He acknowledged those who had helped with the great undertaking. Beautiful inscribed glass menorahs were presented to Israel Kopel, Joey Senker, and Morris Kaplan, campaign co-chairs, in gratitude for their efforts.

Jack Gluck, campaign chairman, recognized the plethora of community rabbis, politicians, officials, and guest in attendance. He chronicled the series of events that unfolded since Rabbi Gruenstein approached him eight years ago saying, “We need your help to build the synagogue.”

At the time, Young Israel Congregation consisted of 90 families, some of them “snowbirds,” who were available to work on this Herculean task. The undertaking, which turned into a 12-and-a-half million-dollar project, was filled with challenges in every way and every direction.

The shul was finally slated to move into its new building on Rosh Hashanah of this year. Unexpected glitches developed. Gluck wound up in the hospital and underwent emergency open-heart surgery. He wondered if he would ever see the fulfillment of his quest. But on Friday night, November 23, the shul opened its doors. It was the yahrzeit of his father, a Holocaust survivor.

Rabbi Gruenstein noted that it was important to remember the difficulties and now the accomplishment of acquiring the new building with hakaras hatov (gratitude) and suggested that no one should ever forget where he or she came from. He spoke with nostalgia of the time “on top of the bank.”

He also spoke of being a father and grandfather and, with deep emotion, of his parents, Holocaust survivors who were not well enough to attend the event. He said that when his parents came to postwar America, it had been barren of Torah institutions but now the country has an abundance of yeshivas and shuls.

Young Israel Congregation is located at 9580 Abbot Avenue, Surfside. For more information about its many classes, programs, and Shabbatons call 305-866-0203 or email yakkira@yicbh.org. 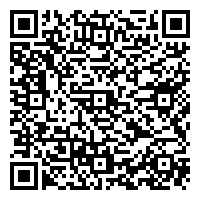