Israel’s HaBayit HaYehudi leader, MK Naftali Bennett, in a recent visit to the Mir Yeshiva in Yerushalayim, extended a friendly message to the haredi tzibur by spreading word of his intent to not seek the uprooting of any yeshivos. HaGaon HaRav Aaron Yehuda Leib Shteinman, shlita, reportedly approved of the visit, feeling that it would be beneficial for Bennett to get a firsthand look at some yeshivos.


Bennett visited and spoke with Mir Rosh Yeshiva HaGaon HaRav Eliezer Yehuda Finkel, shlita, and a number of other rabbanim. During his stay, he was informed of the talmidim’s seder hayom. In his tour of the main beis medrash, Bennett had an opportunity to speak with a number of talmidim.

Rabbi Kaufman is an Amshinov chassid, and serves as the rabbi of the Maalot Dafna neighborhood in Jerusalem. Rabbi Kaufman is the son-in-law of Rabbi Asher Tenenbaum, zt”l, the late former chairman of the Vaad HaYeshivos.

Rabbi Dovid Magid, rosh yeshiva of Yeshiva Gedolah in Bayonne, New Jersey, has announced that he will resign from his post by the beginning of next year.

Rabbi Magid is to be succeeded by Rabbi Aron Rokach of Toronto, the son-in-law of Rabbi Avremel Ausband of Riverdale yeshiva.

Rabbi Refael Menachem Meir Rubin, z”l, was tragically niftar at the age of 36 on Friday night, Ta’anis Esther, following an illness. Rav Refael served as the rosh yeshiva of Yeshiva of South Jersey, which is attended by bachurim who have returned to the U.S. after learning in Eretz Yisrael. Rav Refael was a son of Rabbi and Mrs. Moshe Rubin and a son-in-law of Rabbi and Mrs. Yisroel Mayer Lasker.

The levayah was held at the Seventh Street Holocaust Memorial Chapel of Congregation Sons of Israel in Lakewood, New Jersey. When Rav Refael was two years old he was diagnosed with a liver condition. After hearing the doctor’s report that their son would not live very long, Rabbi and Mrs. Rubin went to beseech Reb Moshe Feinstein to daven for their son. Rabbi Moshe Rubin pleaded with Reb Moshe and demanded that Reb Moshe give him a havtachah that his son would live. After some time, Reb Moshe agreed and the couple left.

The following week the couple met Rebbetzin Feinstein, who told them that they owe her husband a yasher koach. She explained that after they left the Feinstein home, her husband was up all night davening for Refael. Needless to say, their son far outlived the doctor’s grim forecast.

Rav Refael is survived by his wife, Elisheva, and their six children, along with extended family and friends who are grieving following his petirah. Twenty-two people sat shiva for Rav Refael.

HaGaon HaRav Shmuel Halevy Wosner, shlita, the Vishnitzer Rebbe, shlita, and HaRav Nissim Karelitz, shlita were among the rabbanim that attended the dedication of a new unit in Bnei Brak’s Mayanei HaYeshua Hospital.

The gedolei hador were hosted by the hospital’s founder and president, Rabbi Dr. Moshe Rothschild, and other senior hospital officials. They took part in the new unit’s mezuzah ceremony, located on the building’s third floor. The first mezuzah was set in place by Rav Wosner, followed by the Vishnitzer Rebbe. They then took part in a l’chaim. 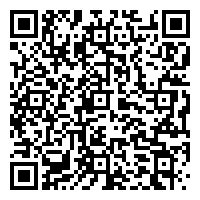