Events in the West: On December 27-28, Rabbi Shalom Melcher of Pacific Torah Institute in Vancouver, will be the scholar-in-residence at BCMH in Seattle… On January 4, Rabbi Dr. Jacob J. Schacter, university professor of Jewish History and Jewish Thought and senior scholar at the Center for the Jewish Future at Yeshiva University, will be the scholar-in-residence at Beth Jacob Beverly Hills and Rabbi Shaul Robinson of New York’s Lincoln Square Synagogue will have the same role at Young Israel of Century City.

Yeshiva News: The Soille Hebrew Day School in San Diego is offering a ‘win-win proposition’ to the parents of students already enrolled in its school. If someone refers a family to the school and writes his or her name on the top of the application, the referral party receives a $500 tuition credit if the recommended family enrolls. It’s an unlimited opportunity, allowing the parents of the current student to receive as many $500 tuition credits as possible. 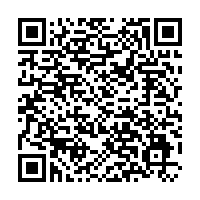