Shul News: Yeshiva Summer Kollel at Beth Jacob Beverly Hills on Monday – Thursday Evenings, 7:00 pm to 9:30 pm begins June 29 and ends on July 30. The Rosh Kollel is Rabbi Avner Shapiro. Each person will be matched up with one of the Summer Kollel members, young men and women from our community who have set aside their evenings to learn and partner with you…Kahal Tiferes Shlomo is a newer L.A. shul taking over the Tomchei Shabbas space on Pico when they’re not there packing for Shabbas or Yom Tov. Rabbi Yona Bookstein, who ran Jewlicious in Long Beach for 10 years, is the Rabbi and his wife prepares the sit down Shabbas Lunch foods and the holiday meals. This shul is for young adults in their 20’s and 30’s. They have 80 – 100 people every Shabbas and even more on the holidays . There are classes during the week and they’ve even formed a Men’s Club and a Sisterhood that have activities.

Community Safety: Yasher Koach to Margot Grabie of L.A. for creating a message for the back window of cars stating ‘If you can read this, I thank you for NOT texting while driving.’ 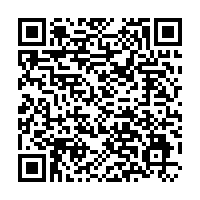