﻿Remember. The commandment to remember reverberates throughout the Torah, starting with the Exodus from Egypt, continuing to Receiving the Torah and finally climaxing in the weekly
remembrance of the Sabbath itself. Embedded in the six remembrances is the commandment to, “remember what Amalek did to you on the way” (Devarim 25:17).

As an extension of this commandment, Megillas Esther is one long act of remembering that reaches back to ancient Shushan and returns with horrifying regularity in our daily newspapers. Eliezer Reiner, a sofer and artist of illuminated manuscripts, concentrates on the act of remembrance by simultaneously remembering the good and holy we have inherited. His labors are a constant homage to the glories of Jewish illuminated manuscripts from the Middle Ages and the Renaissance.

Reiner is a Sofer Stam with semicha from Rav Wosner of B’nai Brak who quickly found that the holy work of being a sofer held a hidden benefit for him, in the singular opportunity to express his creativity while beautifying the mitzva embodied in every text he wrote. Beyond the inherent beauty of the letters themselves, he is able to glorify G-d with elaborate images and decorations surrounding the Megillot and other texts he produces.

Born in Hungary, he studied calligraphy in Budapest and then later, the exacting skills of the sofer in France and Antwerp. Being a sofer carried great responsibility, illustrated by the simple question; “Who must be more proficient, a shohet or a sofer?” If a shohet’s work and
examination is not exactly perfect, his customers risk the sin of eating neveilah or treifah. What a responsibility! However a sofer actually carries a heavier responsibility. While his work must have a corresponding accuracy, getting each word correct, he must have the proper intention with each Torah, mezuzah, tefillin and sacred text in which he writes G-d’s holy name. That kavanah, for the sake of heaven, is necessary for any holy text to be kosher, and yet only the
sofer and G-d know whether the kavanah is proper. A sofer lacking the proper kavanah exposes his customers to the risk of a lifetime of unfulfilled mitzvot. We are totally dependent upon his skill and piety.

Reiner is well aware of his responsibility to halacha and therefore went to Rav Wosner to make sure that the illumination of manuscripts was permitted in contemporary times. He was told that the use of images, even of human beings, was well within the accepted norms for general texts and Megillot. Reiner proceeded with his project of the revival of the Golden Age of manuscript illumination. In the Middle Ages, a sofer frequently had to work with a non-Jewish artist to produce the luxuriously illuminated Jewish texts. Problems arose, however, concerning some of the illuminations creating inappropriate images of Greek and Roman figures, angels, and nudes that were out of place in sacred Jewish texts. Reiner’s vision is to create works that will be beautiful, expressive and firmly within Jewish law.

Not surprisingly Reiner has illuminated many versions of Megillas Esther. His website, www.artilluminations.com, exhibits no less than eight examples of this work, out of the over 20 hand illuminated Megillas he has created. Each Megilla is custom made for the specific needs of the customer, often reflecting individual tastes and sensibilities. The text, normally surrounded by an ornate floral design border done in gold leaf, egg tempera, acrylic paint and colored inks, is sometimes interrupted by illuminated panels, such as the startling image of the Beis haMikdash (2004) set in a bejeweled rondo, reminiscent of Italian Renaissance manuscripts. This placement reminds the reader that the Book of Esther takes place after the
destruction of the First Temple and before the construction of the Second. Much like today, the Jewish people felt themselves suspended in longing for a peaceful homeland and access to G-d.

The intensely lush visual style in all of Reiner’s work transcends mere ostentatious decoration. His images, never directly copied from ancient examples, always reflect historical styles that express a pride and love of Jewish cultural life. A developed sense of aesthetics is not foreign to Judaism, it seems it has only been temporarily forgotten. Reiner reminds us that when Noah blessed his two sons, Japheth was crowned with the skill and appreciation of beauty. Shem and Japheth were meant to live together in harmony, Torah and beauty in partnership. Over the ages, many Jews have forgotten how beauty can enhance so many aspects of Jewish life.

Reiner’s Tree of Life, (1999) carries its image well beyond a simple family tree. The surrounding “carpet page” decoration exists in exquisite tension with the naturalism of the many-branched tree. The swirling mass of brightly colored flowers, leaves and branches create a joyful meditation on sumptuousness, a reflection of the glorious but undocumented generations both past and future. Crowning the upper branches of the tree poetic verses from Taanis 5b remind us of “a tree of fruits of which were sweet, its shade pleasant, May it be [G-d’s] will that all the shoots taken from you be like unto you.” Reiner’s blessing is one of visual beauty.

“This is my G-d and I will glorify Him” was uttered at the very moment of our salvation from Egyptian bondage as we were on the threshold of freedom. To remember that moment, we recite the Haggada. The Haggada which Reiner illuminated in 1982 took almost a year to complete, and it is filled with a series of totally original images that leap gleefully back and forth between ancient Egypt and contemporary Hasidic life. A little girl in a white pinafore and pigtails gingerly washes her hands, illustrating the ritual of Rahatz at the seder, while she reappears again almost hidden behind a piece of matzah to illustrate Hamotzie, reciting the Grace After Meals. The Four Sons appear, surrounded by the appropriate text and a beautifully eclectic decoration. Hasidic children are lovingly depicted and contrast with the one rebel, the young man who has chosen to become a boxer, using his might instead of his brains to challenge the world.

Visual creativity of this quality takes tremendous effort, time and skill that are usually beyond the means of most individuals’ compensation. Currently, Reiner is working on an illuminated Sefer Tehillim. Ashrei, the opening psalm, is richly decorated with golden crowns in each corner, a gold-leafed first word and illustrated inserts of the Tower of David. The psalm is set within an elaborate floral decoration that echoes the delicately crowned text. The Jewish public
must recognize that in order for artwork of this quality to be created, some kind of partnership needs to be established in the form of institutional sponsorship. In the last great age of manuscript illumination, medieval and Renaissance donors would commission elaborate works.
Contemporary institutions could use such sponsorship to honor the donors of a yeshiva, a synagogue or other large communal structure.

Richard McBee is a painter of Torah subject matter and writer on Jewish Art. Please feel free to contact him with comments at www.richardmcbee.com. 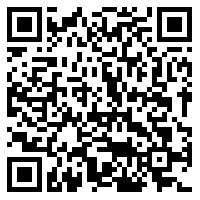