I was really taken by the series on “Esther” and want to thank you for sharing the extended fascinating story with your readers. Her experience, as she herself had indicated, has much to impart. But perhaps as her story took on momentum, the primary lesson that first sparked the tragic occurrences in her life was obscured.

When she first wrote last May, her main lament was her rejection of a young man who had wanted to marry her and whom she dismissed out of hand for no other reason than that she had considered him to be inferior due to their dissimilar backgrounds.

It didn’t take her long to realize her mistake, which cost her dearly, and there was no way to undo the damage or to turn back the hands of time.

Unfortunately, many young people err in their judgment by exercising very little forethought before making the most crucial decision of their lives. Esther’s story is a powerful lesson for singles who are obsessed with outward appearances and who insist on pursuing material wealth over moral values.

Thank you, Esther, for allowing us to glimpse your pain in the hope that others will think twice about following their foolish aspirations. May you know only of happiness from now on and forever.

Just wanted to say thank you for that upper on Erev Pesach – the wonderful conclusion to Esther’s story. In these hard times it was especially gratifying to hear good news and to be uplifted by a very happy ending (or beginning?) to what started out as a real tragedy.

What a zechus for you, Rachel, and for the Jewish Press! You literally revived a Yiddishe neshama!

Keep up the good work!!

I made copies of all the letters that comprised Esther’s story and shared it with all my married children who were just as enthralled as I was. Now whenever we are tempted to get annoyed by everyday nuisances, we remind ourselves of a woman who suffered unspeakably and who managed to survive despite tragedy that must have made it excruciatingly difficult for her to face each new day. Suddenly, our own inconveniences seem petty in comparison.

Esther certainly deserves her new found happiness and we wish her all the best and more.

I’ve been following this fascinating story from the beginning and am awed by the kindness of Hashem for the complete transformation in “Esther’s” life. From someone who sympathized in her pain, I wish to convey my happiness for her and wish her all the best in her new life with her new husband, her son and family, and with her Aliyah. Her life truly made an Aliyah!!!! When things settle down, perhaps she would write a book; this could be a bestseller.

Cheering from the sidelines

I write to convey my Mazel Tov to Esther. Wow! To believe that in our times of Hester Panim a miracle like this can happen! How a life can be turned around from a torturous existence to a joyous productive life with just a little bit (or a lot) of caring from family and strangers!

Like you, I became misty-eyed as I read of Esther’s engagement and of her imminent departure to the Holy Land. Like others, I suspect, I was so overcome with excitement over her good fortune that I was practically dancing in my living-room out of a genuine desire to be mesameach Chossen v’Kalla. I extend my heartiest Mazel Tov to Esther, as well as my wish that other sad souls be inspired by her story to hope and pray for a brighter future.

As I glanced heavenward on Erev Pesach and beheld the glorious sun that so many around the globe were hoping to see on this particular morning of Birchas HaChama, I couldn’t help but think of Esther and of how she wrote “The sun rose on me in middle of the night! Miracle of miracles!!!” Yes, as you said, in the realm of G-d nothing is impossible. May the sun keep on shining to light Esther’s way as well as all of Klal Yisrael’s!

Never doubt that the sun will come out…

Many of you have written to express your heartfelt congratulations to Esther, and we all seem to be in accord – we wish her fulfillment of her heart’s desires and a happy life forever after. Thank you all for your heartwarming comments and letters. Hopefully Esther continues to stay in tune, even as she embarks on her new life. Baruch Hashem!! 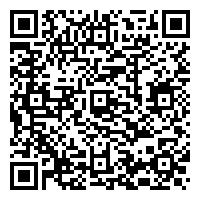