Have we all sunk to such a low level that a young couple has to sit at home alone, without TV or Internet, in order to avoid temptation?


When a wife has her circle of friends that she socializes with and a husband has his, how will they bond?

We have been married for 20 plus years and have many couples we are close to; some are even like family. My husband would not feel a need to behave inappropriately just because someone’s wife might be attractive. We likewise have many guests, both married and single, and not even once has anyone behaved in an inappropriate way towards my husband or myself.

People need to be accountable for their behavior. If a man is not ready to settle down and be faithful to his wife, he should not get married!!

Are our men so sheltered that when they see any skin they have to jump??? Let them grow up! (And, yes, I know women can be inappropriate too.)

I think we have to remember that we all have free will, and someone who is looking to be inappropriate will, if not at home or in the office, then in some other way find a way.

Your letter is a comment on a letter written by “Modesty for a healthy existence” (Chronicles 10-23-09) who addresses the hazard of physical attraction between opposite genders, as well as of the detriment of women’s tznius lacking.

The same writer makes reference to Chassidic communities where “even in the home, men and women who are not related to one another do not dine together…perhaps we should rethink our ways…”

As a “mature wife,” your reaction is rational and not in the least bit surprising. However, if you’ve been reading this column for a while, you would know that irrational behavior unfortunately prevails every now and then.

Though in reality such instances are relatively uncommon in our circles, as human beings we are all imbued with vulnerability to some degree. Thus, Chassidim are known to practice more stringency in “walking the walk.” (This is what characterizes, or should characterize a Chassid – going beyond the letter of the law.)

Whether a more stringent lifestyle works in combating the yetzer hara would depend on many factors. But the harsh reality is such that the world is ever evolving and external influences are powerful enough to intrude on our best intentions.

The letter by Modesty… touched a hot spot. Women don’t seem to begin to realize the power they yield. Their desire to look pretty at all costs – never mind the cost of a smashing sheitel that rivals any Hollywood siren’s tresses – may be mega costly to the male who can’t help bumping into her on the street, in the office, at a wedding, party, etc.

Married women who are deliberately sensual in public transgress the prohibition of “You Shall Not Place a Stumbling Block Before the Blind” – the “blind” in this case being the male whose vision becomes obscured by his desire, which can lead him astray.

Maybe we are too complacent in thinking that this can’t happen “in our circle.” It sure can; I’ve witnessed it myself more times than I’ve cared to.

I can name you at least half a dozen married men whom I’ve known to have wreaked destruction on their families by taking up with another woman, leaving their devastated wives to pick up the pieces and to raise their children alone. (The stories are hair-raising but I can’t risk them being recognized; their families have suffered enough as is.)

Don’t get this wrong, Rachel. I’m not advocating that a woman hide behind a veil and wear tent-like clothing – just that they save their sensuality and come-ons for their husbands and maybe tone down their coquettishness a notch or two when they must associate with men, such as in the work place, etc.

Who am I to talk…? I happen to be a red-blooded male – with a beautiful wife who turns on her charm for me and is appropriately outgoing and outfitted when she needs to mingle with others.

Thank you for addressing such crucial topics.

Sometimes the dose of reality needed comes in the form of an opinion straight from the source. Your straightforwardness is very much appreciated – for, you see, a perspective is viewed differently when coming from a male versus a female. (If it was just women speaking up, they could be considered presumptuous, or even accused of being envious.)

Thank you for reminding us (so engagingly) that home is where the heart is and to keep the home fires burning.

We encourage women and men of all ages to send in their personal stories via email to rachel@jewishpress.com or by mail to Rachel/Chronicles, c/o The Jewish Press, 338 Third Ave., Brooklyn, N.Y. 11215 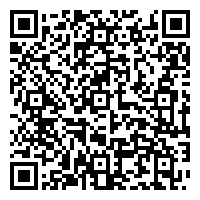