I am the woman whose letter you published (Still seeing red – Chronicles 4-12) about hematuria. Your response to my letter on the justifiability of using the Internet on Shabbos to research a medical condition rather than simply calling 911 or Hatzolah, as well as the response from another reader (in the column of 5-24), did not take into account several things I wrote in my original letter. I had said, for example, that had I not gotten access to the Internet when I did I’d have felt obligated to call an ambulance, which would have caused my family – and subsequently myself – tremendous agony and accomplished nothing, since I learned on the Internet that routine bladder tests are often ineffectual, etc., etc.

According to my letter, calling 911, which you and the follow-up letter writer felt was the Torah thing to do, would not have done a whole lot more than cause unnecessary panic among some very anxious relatives and pressure for me to possibly take unnecessary treatments with very harsh side effects should the doctor recommend it — AS HAS BEEN MY EXPERIENCE IN THE PAST. All of this stress and panic would have likely had an adverse effect on my shalom bayis, chas v’shalom. Instead, this wise nurse saw my situation and gave me what I needed: Internet, seasoned medical insight, and reassurance.

To this day my husband has no idea that the whole thing occurred, and I could not be more grateful to the nurse who helped me when she did. The whole problem was solved like a breeze, with no more “chilul Shabbos” than would have been committed by calling 911. My situation turned out to be nothing more than a bladder infection easily eliminated with cranberry juice, nobody panicked or hit me over the head with their insistence that I take debilitating antibiotics, and my Shabbos returned to normal but for the rage I felt toward that woman who didn’t let me use her Internet.

I think at the heart of this debate is whether or not using the Internet to research symptoms constitutes medical procedure legitimate enough to violate Shabbos over. As a Medicaid recipient I was caught between two extremes: I could call 911, triggering off-the-wall family drama and the high likelihood of mismanagement or excessive and debilitating treatment; or I could wait it out until Shabbos was over to see a doctor, which sounds easy to do until you are actually in a situation where you are legitimately afraid that at any minute you could find yourself floating above your prone body on the ground, led by black angels taking you to be judged for not calling an ambulance.

Faced with two choices, each laden with the possibility of absolute disaster, it can seem hard to believe that a religion that demonstrates unbelievable leniency where medical necessity is concerned would not allow me to use a resource – the Internet – that would give me the best, most current and most diverse information possible in my hour of need.

If there was anything I could read on the Internet at that moment that could have affected the outcome, didn’t that morally and halachically require me to use it? And if not, could anyone honestly claim that had they stood in my shoes, which they never will, they would fault me for my reasoning?

I think that the unsympathetic responses to my letter show the residue of a passive 1950’s style approach to medicine that basically submits to anything a given doctor recommends, no matter how costly to the individual in terms of time, money, inconvenience and overall well-being, and discourages patients from doing any research of their own and coming to their own educated conclusions. Do you think that I wanted to use the Internet on Shabbos to visit shamanic or faith healing websites, or to idly chitchat with anonymous big mouths on message boards? I was doing my best hishtadlus towards my health!

We live in an era where the best, most up to date and diverse medical information awaits us at our fingertips on the information superhighway, and in a day and age where preventable medical complications are rampant, one would be a criminally negligent fool not to use it. How can we say from any Torah perspective that what is prudent medical procedure (reading everything you can from reliable sources) every other day of the week is medically frivolous on Shabbos? 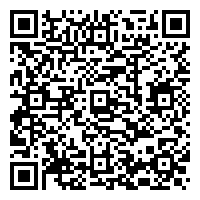