That the world is a scary place is no chiddush, but that we must guard ourselves from our own, now that’s scary!

Let me explain: The other day, as I browsed a local store’s wide magazine display for a Good Housekeeping issue, I noticed out of the corner of my eye a figure hunched over in an unusual manner. Turning my head in that direction, I saw a young man about 17 or 18, in full chassidic garb, intensely absorbed in a “girlie” magazine. My irritation got the better of me.

“Aren’t you ashamed of yourself?” I blurted out. I admit I really let him have it. He jumped up and scurried away, but I wasn’t done with him. I followed him to the door and asked him which rebbe’s tish he was going to attend on Friday night.

Before anyone accuses me of being anti-chassidic, let me assure you that I have close family and many friends who are chassidish and have an overall reverence for chassidism. That’s what made me even angrier.

Rachel, the thing that set me off was the fact that there were all kinds of people in the store, Jews and non-Jews alike, and that this young man portraying himself as ultra-religious was creating a chilul-Hashem.

No, I don’t blame him for being curious – hormones, I am quite aware, make no distinction between secular, modern orthodox and chassidish. Male is male.

I do however blame him for dressing the part of the ultra-orthodox and pious individual. You want to look? Take off the long payos, the long jacket and the black hat that depicts you as a religious and G-d fearing person.

What bothers me is the hypocrisy and I can’t help but worry for my grandchildren who are quickly approaching shidduch age. How can anyone trust anyone these days? When a shidduch comes up, how are we to discern someone’s true colors?

What is our world coming to? I realize there is no pat answer but I needed to vent.

There is indeed no pat answer. We do the best we can with the tools at our disposal: hishtadlus and sincere prayer to our Guardian that never sleeps – a far more effective strategy than excessive worry that doesn’t accomplish a thing.

It is for sure a daunting task to shield our innocent children from the “pollution” that invades our space. Our responsibility as parents is to smother our children with love and attention, give them the best chinuch at our disposal and to teach by example.

Is there then a guarantee that they will grow up to be moral, upstanding and learned individuals? There are no guarantees in life, but we will have infused in them a strong “immune system” that will, with Divine guidance, sustain them through any emotional and spiritual hurdles down the road.

There is a great story told about Reb Meir of Premishlan who, upon preparing for davening one Shavuos morning, suddenly discovered the meaning of some words he had heard as a child from Reb Mordechai of Kremnitz.

During a winter season, the two had traveled together down an icy sloping hill and a young Meir had been petrified that the wagon would turn over with them inside. When the child stood up ready to jump off, Reb Mordechai grabbed a hold of him and told him to sit back down.

The elder assured the younger that nothing would happen. Sure enough, nothing did and they made it safely down, coming to a straight path where there no longer seemed to be any reason to be afraid.

All at once the wagon overturned, tossing them into the snow. Reb Mordechai laughed and remarked to young Meir, “You see now!” But little Meir had no idea what Reb Mordechai meant to convey with his remark.

“Today before davening,” explained Reb Meir Premishlaner on that enlightening Shavuos day, “it suddenly dawned on me that Reb Mordechai wanted to teach me a way of serving Hashem. If a Jew is in constant fear of falling into the yetzer hara’s trap, Hashem will help him steer clear of it.

“On the other hand, the person who in his self-assurance has no fear of falling can suddenly find himself in a bad way.

“Now I finally understood what Reb Mordechai had meant by telling me to sit down when I was scared and by saying ‘you see now!’ when we fell into the snow – just when I was confident that the danger had passed and had felt no fear.”

Shavuos is a great time for a major spiritual overhaul for all of us. As we commemorate the time we stood at Har Sinai and accepted the Torah with a promise “to do and to heed,” we are given the opportunity to renew our sacred commitment to the One Above.

Torah study without yiras Shamayim (fear of Heaven) is essentially “doing” without “heeding.” It is only by instilling yiras Shamayim in our children that we stand the chance of reaping true yiddish nachas for all eternity.

Am I The ‘Funniest Person in the World’?

At Least One Jewish Person Hurt in French Truck Attack 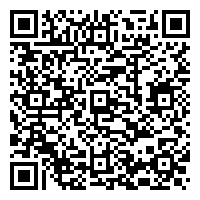