She now calls herself Deborah, but I remember her as Suri. We grew up together and attended the same school from fifth through twelfth grade. (She was actually my younger sister’s grade mate, a couple of years my junior.) She came to Satmar when Bais Yaakov of Vien, the most liberal of Williamsburg’s schools for girls, would no longer tolerate her behavioral issues.


Her aunt (whom she refers to as Aunt Chaya in her book and whom she speaks of disparagingly) was the English principal of our school. A highly respected, refined and with-it woman, she vouched for her niece and took upon herself to give Suri the best possible school experience.

Seems like Suri has repaid the kindness in spades. Based solely on her own dysfunctional upbringing (which has undoubtedly stoked her rebellious streak), she has shamelessly sunk so low as to trash an entire community. It boggles the mind… and sadly speaks for itself. What I can say with absolute certainty is that she did not undergo most of what she claims she did, and I would like to counter some of her blatant fabrications.

To begin with, classy and intelligent people do not grant interviews to tabloid papers, unless they are willing to do whatever it takes to get publicity. When I’ll be in a forgiving mood, I’ll be dan l’kaf zchus (give her the benefit of the doubt) that maybe the paper deliberately twisted her words. But something tells me they were her own. After all, sensationalism sells.

Deception: Suri lays it on thick when asked to describe a bathing suit worn in summer camp: “Picture this really shiny nylon fabric and thick, floppy, long sleeves, and pants covered with an extra layer of material to make it look like a skirt.” The real thing: At most, a “chassidish” bathing suit is a short-sleeve dress reaching mid-thigh, made of thin spandex fabric; quite comfortable, in fact, as well as modest.

Fiction: The subject of (sex) relations was a total mystery to Suri and her husband, she alleges. A bright, open-minded and inquisitive girl who managed to hide books under her bed, Suri would have us believe that she skipped the library’s reading material on anatomy and sex? Even the most naïve of Satmar girls are pretty much aware of what awaits them on their wedding night, so spare us the dramatics Suri.

Falsehood: As a longtime Williamsburg resident and a mother myself, I can attest that children transported in cars are properly buckled into their safety seats and that all mothers take their children for regular visits (and then some) to their pediatricians. If Suri was ever seated in the front of a car without a seatbelt and was never taken to a doctor (both of which she asserts), it could well have been the direct result of her dysfunctional home environment (what with a mentally unstable father and an absentee mother).

Distortion: Contrary to her assertion that at seventeen she was deemed to be on the old end of marriageable age, seventeen is, in point of fact, regarded as being on the young end, the norm being eighteen to twenty-one.

Invention 1: “Deborah” divulges that chassidish women are not allowed to eat out. Huh? I challenge anyone to walk down Lee Avenue in Williamsburg at any given time of day or night where eateries are packed with chassidish women. We may not be eating pork or crab cake sandwiches, but we are certainly enjoying the finest in heimishe food and delicacies. (You’ll find many of us eating out at kosher food establishments outside of Williamsburg as well.)

Invention 2: Curfew for women? That’s news to me. In my Satmar Williamsburg world, my friends and I have frequently returned home after midnight (unescorted by our men), and we have yet to be stopped or told that this is inappropriate.

A transcript of an ABC review of Deborah Feldman’s book has just diminished Suri’s credibility to zero in my book. Her claim of being “subtly molested during a cleansing bath – a mikvah – to ensure her purity” is utterly preposterous. No one gets into the mikvah water with a woman during her ritual cleansing. As for “the entire community” being in on her virginal status after failure to consummate her marriage, well, Suri, that sure is news to me. I had no idea!

Newly married couples in communities such as ours are fortunate to have a support system if and when needed, but at the same time a married twosome can just as well opt to maintain their privacy. Presuming Deborah’s grandparents/in-laws displayed over-protectiveness (a weakness on the part of many parents of married children across the globe), it may have been a manifestation of their compassion for a motherless child. 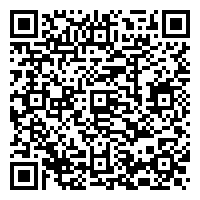