Seeking Guidance From Controversial Sources:
To Each His Own

I’ve never seen this subject addressed in your column before and wondered how it is widely perceived. I have a close friend who is very big on running to rabbis and so-called mekubalim whose brachos are said to be potent and who are supposedly capable of foreseeing the outcome of events, etc.

Whenever my friend “Toby” hears of a mekubal in town, she makes sure to go see him. She relies on them for problem solving in just about all areas in her life, whether to assess a shidduch that is being redt for one of her children, the viability of a business venture or to help resolve a shalom bayis dilemma. I must add that my friend is the type who has difficulty making decisions and would sooner have someone else make them for her. She claims she’s never been steered wrong and can’t understand my lack of enthusiasm.

It’s not that I have anything against them and I imagine that some are for real, but my husband and I have always been of the philosophy that there are things we are not meant to know in advance. As for hurdles in our life, we must do the best we can with the tools given us by Hashem and pray for His guidance and good grace instead of relying on others to solve our problems.

All the same, I must admit that at times I am blown away by their predictions and accuracy. Toby had once almost convinced me to come along with her on a visit to a mekubal who was seeing people in our neighborhood, but my husband’s strong disapproval put a kink in my plans. Not that I had anything specific to consult him about, but I’d have been curious to hear the rabbi’s comments in general.

I would be interested in knowing what you and other readers have to say – pro and con – based especially on personal experiences. I guess you can just call me…

The concept is far from new. For generations people have flocked to reputable rabbis known for their deep insights, instincts and honed intuitions. Trouble is that in these times it is not always easy to distinguish the frauds from the genuine kind.

Talk about kind, there are marked differences among them. Some have intensive knowledge of Kabbalah, while others are gifted individuals who believe they were meant to use their sixth sense to help others. Then there are those who have studied and are adept in the art of chachmas hayad and chachmas hapartzuf (reading hands and faces), and of course there are always the simply earnest, righteous rebbes who offer their heartfelt brachos along with wise counsel and will beseech the heavens on one’s behalf.

To go or not to go… People are certainly entitled to their individual choices. One can argue that those who are helped in this manner are meant to access and receive that help. Conversely, you’ll hear of souls desperate to obtain the counsel of a known mekubal — who frustratingly evades them at every turn. Not meant to be, one must deduce.

Someone very near and dear to me once happened to be in the company of a pious young man who offered to read her palm. She was a young girl at the time, pre-World War II. The sincere “fortune-teller” predicted arichas yomim (long life) and went so far as to state the exact number of years his young subject would spend on this earth.

As the woman approached “the” year, she was diagnosed with a heart condition that called for immediate intervention via a delicate invasive procedure. Her attitude was laissez-faire – let nature take its course. One could sense that she felt she’d lived her life, her resignation in no small part due to the prediction made several decades earlier. 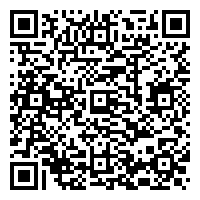