Not Amused by Prank on Grandma

A few columns ago you featured a letter regarding “friendship” with one’s children (Chronicles, Aug 15). A reader wrote to say that in her opinion children benefit from having a buddy relationship with their parents, while her brother sees such children as less likely to maintain the proper respect and reverence due parents. I tend to agree with the brother.

You seemed to side with the letter-writer and related a personal incident to support your point of view. With all due respect, Rachel, a grandparent is not a parent. That’s not to say that grandparents don’t deserve to be treated with deference – quite the contrary. Yet one must bear in mind the difference between grandparent/grandchildren and parent/children relationships.

A bubby can afford to spoil her einiklach, while parents are responsible for keeping their children in line. Doling out discipline to a “friend” makes the parent’s task that much more challenging. In such circumstances parents may end up feeling badly for their kids and thus allow them to get away with things rather than setting up boundaries.

Though it’s nice that you and your grandchildren enjoy good times together, please forgive me for suggesting that your grandson’s prank bordered on chutzpah. And that’s exactly my point (about parents); once kids sense you’re their friend, they start seeing themselves as your equal and regard you as “one of the guys.” I’ll grant you that one must find that very fine line between being a stiff disciplinarian and coming off as your kid’s buddy.

No extreme is healthy

Somewhat Amused by Prank on Grandma

Heavens! A boy of eighteen locking up his grandma as if she was his playmate? He must be oblivious to the fact that in some parts of the planet 18-year-olds are being escorted to the chuppa. Just comes to show you how immature boys can be at that age.

Kudos to grandma for being a good sport and maintaining her good humor!

Thanks for the laugh

I am writing to comment on the column “Summer: Should the living be easy?” (Chronicles, Aug. 1). The letter-writer described her job as a camp counselor and lifeguard in the Catskills during the summertime in her younger years. Today she sometimes wonders whether she missed out on some real vacation fun.

I am seventeen and beginning my senior year of high school. At the age of fourteen I worked as an assistant counselor in a neighborhood backyard camp. This summer was my third as an AC in a regular day camp and I have yet to entertain the thought that I might be missing out on having a good time.

Nobody forced me to work during my summer breaks; I looked for a paying job on my own initiative so that I could have some of my own money and not need to depend on my parents for every little thing. Earning a wage feels great, and it’s not like I work morning till night. There are plenty of daylight hours left to take advantage of when I get home.

This year I actually chose to work for only the second half of summer. A close friend and I signed up to attend a culinary school program for the month of July. The cost did take a bite out of my year-round babysitting earnings, but I viewed it as a worthwhile investment (especially considering how I love to patchke in the kitchen).

Our commute to and from the city was quite time-consuming and involved various modes of transportation, some unfamiliar to us, but by the end of the program I had gained enough confidence in the kitchen to prepare our family’s post Tisha B’Av meal all by myself. 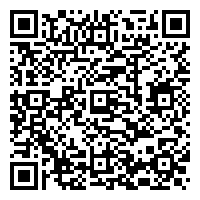