My world had collapsed in a matter of hours. The pregnancy had been trying and difficult, but I really believed that things would work out. We had done everything the doctors asked of us, but it was not enough.

We had suffered through an experience I wouldn’t wish on my worst enemy. My wife had to go through labor and deliver our children to their deaths, and I was unable to save them or even give them a little warmth while they died.


As you could imagine, I was heartbroken. Realizing that the heating lamp was off was when I lost it. I ripped off my mask and gloves and started to walk out until the neonatologist called me back. No one had time to explain the rules, and if I left, I would not be allowed back into the labor and delivery room. I froze. I couldn’t leave my children and I couldn’t leave my wife. I couldn’t let them go, at least not yet.

And then…I understand that physicians need to distance themselves from their patients in order to deal with the tragedies they encounter, but I was shocked when the doctor turned to me and said “No one else will tell you this, but the babies were born alive, so you can declare them as dependents this year on your taxes.”

This was as close as I have ever gotten to punching someone in the face. I could not believe that anyone could be that cold. Fortunately, I realized how emotionally compromised I was and walked away.

That same doctor declared that the babies were perfectly healthy, although hopelessly premature. The hospital asked me if I wanted an autopsy. I refused instinctively, as I assumed that such a procedure would be prohibited by Jewish law. In any event, it wasn’t necessary because all indications were that the babies were healthy. There was hope that another pregnancy carried to term could produce a healthy child.

As I stood next to my wife’s bed, one of the nurses turned to me and said, “Mr. Shapiro, I have to say that you and your wife handled this as well as anyone possibly could.” It was small comfort at the time, but we had made it through the impossible.

While my wife was recovering, the hospital staff came to fill out our twins’ birth and death certificates. They asked me if I wanted to give them names. I hadn’t thought much about it, and I didn’t have the opportunity to confer with my wife. I chose two Biblical names I knew we would never use for any possible future children, Asher and Devorah.

After my wife awoke, the nurses brought both babies for us to see one more time. They had been wrapped in blankets and each was wearing a knitted cap. They were cold and motionless. We both held them for a few moments, crying silent tears. I spent several minutes stroking my twins’ cheeks as I said my final goodbye. My son’s mouth was slightly open. I pushed up gently on his chin to close his lips, and I gave myself some comfort in the thought that he was a fighter.

I didn’t want to let them go. I couldn’t let them go; I had no choice. With one final goodbye, the nurse took our beloved children to the morgue to be picked up by the Chevra Kadisha.

I needed some time to get away. It was a bad idea, but I drove to a local pizza store to get some food. It must have been some sight, driving down the 101 Freeway, crying loudly and smacking my hand against the steering wheel over and over again.

I spent that night in the hospital with my wife. I could no longer hide my crying from her, and was amazed that she was actually comforted by the fact that I shared some of her pain. She couldn’t understand how I could be so utterly unaffected by this whole ordeal. I had accomplished my goal of being strong when I really needed to be.

In truth, our suffering was just beginning. There is no formal mourning for babies that do not live at least 30 days. That means no shiva, no funeral and the babies are buried in an unmarked grave. It seemed so wrong. It made me feel like my beloved babies were nonentities as far as Judaism was concerned, and yet I needed people to understand how much I loved them and how much they meant to me. 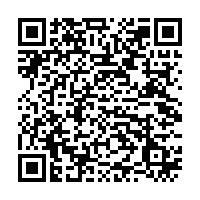