Sometime before last summer, you printed a letter about names, specifically a situation in which parents chose to give their child a modern name rather than naming her after a recently departed grandparent with a Yiddish name. It seems that they were afraid their child would be embarrassed. In your response you noted the importance of giving a name for departed relatives, especially those who were martyred in the Holocaust, so that their neshamas can have an aliyah.

The day I read the letter was the day I discovered I was pregnant and I felt as if you were speaking to me. Baruch Hashem, we have a large family, yet have never named a child after my husband’s grandmother, Shprintza. The family members who did use the name usually added another name before it and never acknowledged the Shprintza again.

After reading your letter, I made a mental vow to myself that this child would be named after the Holocaust survivor whose wife had written you about finding someone to name after him. I was so sure I was having a boy and so excited that I would invite both you and the widow to the bris; it was all I could think about for a while. Originally, my husband was unsure, but when I described what a great mitzvah this would be and that this old woman could be comforted, he had a change of heart.

Well, man plans and God laughs. I had a baby girl last week. She was born after only two hours of labor and caused me very little discomfort.  The let-down came in not being able to name after the survivor. As I dressed my precious little one to take her home, my best friend called to wish me mazel tov and I began to cry. I told her of the wonderful plans we had for this name and how it all changed. She advised me to clear my head, take a deep breath and ask myself, “What would Mrs. Bluth say?”

I did just that and I heard you speak to me. My heart felt like it had wings and I thanked my friend for her timely call and fabulous suggestion. Then, I told my husband and swore him to secrecy.

Shabbos came and when my husband said our new daughter’s name during layning, everyone was floored – especially my mother-in-law. When she came to see me after davening, she hugged and kissed me and then ran to pick up little Shprintza, holding her up as if to show her mother, a’h, that she now has a name and an aliyah for her neshama.

I have not had a moment’s regret at Shprintzy’s naming. The stories told about this Elter Buba, who did so much chesed before her death during the war, about the people she helped by giving away her rations in the concentration camps and the hope she imparted to others as death walked among them will be told to my daughter when she gets older.

Mrs. Bluth, I can’t tell you the joy this name has brought us and how grateful I am to you for impressing on us that behind every name is a person, a wonderful, good and loving person whose deserves to be recognized and remembered.

I am in awe of your story. Thank you twice – first for wanting to use the name of the gentleman who still has no one name after him and, second, for naming your daughter after this grandmother whose name is old fashioned. May you have much Yiddish nachas from this little one and the rest of your children and may your letter encourage others to name after a Holocaust survivor.

Anyone interested in naming after a departed Holocaust survivor should please be in touch with me. It would be a great chesed for him and for his wife, who waits every day for this news. 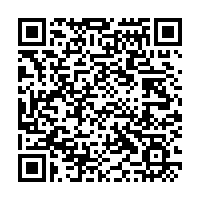