I am writing to you with tears running down my face, so please don’t think this is some joke or prank letter, every word is true and painful to me. If my pain and sadness will help someone else, and I know that there must be other unusual stories on your desk, please take mine seriously and your reply will possibly help others too.


I have been living in Israel, having made aliyah before last summer and, with the pandemic that has infected the entire world, I have not been able to leave. Keeping in touch with my children and grandchildren in the States via Skype and Zoom was hard because much of the time the connection was poor so, needless to say, visuals were far from satisfying. We finally resorted to just calling each other to catch up, short calls to compare notes on life here and life there, and that has to suffice. The daughter and her husband and children with whom I resided after my husband, a”h, passed away three years ago, and with whom I stay when I come to the States, troubled me after the Coronavirus hit. She found it hard to manage without my help and talking to her made me feel guilty for being selfish in making aliyah, and leaving her in a lurch. When I finally decided to make the trip back, they closed the border and I couldn’t leave Israel nor could I enter the U.S. I was stuck this way, feeling guilty and not knowing what to do but sit tight and wait.

Purim came and went and still, I was here, and this followed into Pesach, when I surely had planned to return, and through to Shavuos. The phone calls became depressive in sound and context and I was, myself, becoming very depressed being cooped up in my apartment in Yerushalayim, fearing to go out. Three weeks ago my daughter called in tears saying her husband had been taken to hospital during the night with chest pains and unable to breath! She begged me to come and be with her because she couldn’t be with her husband and didn’t know what was going on. The kids were in various states of angst and she had no one to leave them with because it wasn’t safe to bring anyone in.

After hanging up with her, all I heard was her wailing “please come!” I must have called every airline and offered any amount to get a ticket to New York. Finally, after reaching out to anything that flew. I finally secured a seat a week ago on an airline who’s name I couldn’t even pronounce, but I didn’t care! I was finally going. I didn’t tell my daughter that I was on my way. When we finally deplaned at LaGuardia, I felt like I was ten years older and must have looked it, as all the personnel were bending over backwards to help me. I jumped into a cab and pulled up to my daughter’s house at 5:30 in the morning, fished out my key so as not to wake anyone and let myself in. I set down my things in my room and went into the kitchen to make myself a cup of coffee, thanking Hashem for the few moments to regroup before the house came awake,

The first one to find me was my twelve-year-old, Perela, who let out such a scream as to wake the dead, which brought my daughter and four more children thundering down the stairway. And that’s when everything started to go wrong. My daughter threw herself on me with such force as to almost knock us both over. She was seemingly much larger than when I had left and to my weak eyes and feeble mind she looked like she was six months pregnant. But then, so did all the children look much ‘fuller’ but that didn’t totally register with me in all the excitement. After hugging and kissing them, I first asked my daughter about her husband’s condition and steeling myself for the worst news, that he had contracted the virus and was on a ventilator. Instead. she informed me that they had kept him a few days just to watch his heart as he had suffered a mild heart ‘situation’. I was so happy to hear this I didn’t want to push deeper into the meaning of this, when he suddenly appeared, attached to a heart monitor and walking with a cane. And he also looked like he was six months pregnant! I marked this up to sympathy gain so my daughter shouldn’t feel bad about her weight. So the party went into full swing and donuts, muffins and cakes appeared on the table for breakfast, along with pancakes swimming in syrup and hot chocolate to wash all this down. Wondering how they knew I was coming to have prepared such a spread, I was set straight that this was a regular morning breakfast! This, in a house that never allowed so much as a cookie during the week, and only a small piece of kokosh cake, ‘lekovod Shabbos’!

I guess I was really excited about having a new baby in the house, I just didn’t get it. So without thought of tact or mindfulness to wait for a private moment to ask, I looked at my daughter and asked her when she was due. Suddenly, there was dead silence where a second ago you couldn’t hear yourself think, and my daughter ran out of the room screaming how could I be so heartless and cruel to ask such a thing after knowing how much she wanted another baby but it just was not happening. If that is how cold and without feeling I am, I should have stayed in Israel and not come back!

I sat there in a state of shock, not knowing what to say to make the words go back so they never happened, but of course, that was impossible. The damage was done and there was no going back to before. This happened four days ago and now I am avoided like the plague. No one speaks to me besides the little one who’s five, and everyone just nods and uses hand signals and pointing to convey their answers to my questions. My heart is broken that I could have been so careless and unthinking as to bring this upon myself. I am at the point where I am prepared to go back ‘home’ to Eretz Yisrael and get away from here. I just thought that before I do something I will further regret, perhaps you would have some advice on what I can do to undo what I have done.

Thank you for allowing me to print your letter, for a number of reasons. This will enable me to point out things the pandemic has brought to bear, and allow me to make us all aware of what we can do to get past this difficult time and regroup, in tact, without leaving any mental and emotional casualties around.

First, let me assure you that I understand your pain and your sadness on all that transpired. You sound like a sweet, loving and caring mother and grandmother who has fallen prey to a slip of the lip. I think we are all guilty of this at one time or another. After expending so much emotion to procure passage to the United States when this is all but impossible, flying so many hour and being somewhat older than nineteen, I think you have earned forgiveness since your sincerity outweighs momentary lapse of good judgment.

Before you pick up the phone to book your flight back, take a deep breath to bolster your courage and collect your broken heart. Then, go to your daughter, who is obviously carrying around a mountain of her own pain and ask to have a sit down and talk it through. We all have a pocket of extraordinary emotion that will cause us to lose sight of our good common sense. I believe that when you asked your daughter if she was in a family way, you did so because her appearance so blinded you to that which you, too, were overjoyed to assume, you meant only to extend your love and joy, not ever meaning to bring hurt and pain as it turned out. Your daughter, who like many of us housebound humans, has put on some serious poundage along with the other members of her family, since there is little else to do these days of quarantine but to cook, bake, eat and sleep. This caused you to say the very thing that was deeply, emotionally troubling for her. It may also be the very reason your son-in-law developed hypertension and irregular heart beat/palpitations due to the excessive weight gain, without benefit of exercise. Tell her how you were suffering all these months, hearing her cries on the phone and not being able to come and help. I think once you speak it out with her, all the hurt and misunderstanding will evaporate and things will return to ‘before the storm’. I think your daughter just needs for you to make the first move because she doesn’t know how to. And because that’s what mothers do.

I wish you a pleasant stay for as long as that may be, and wish I was going back ‘home’ with you when that time comes! 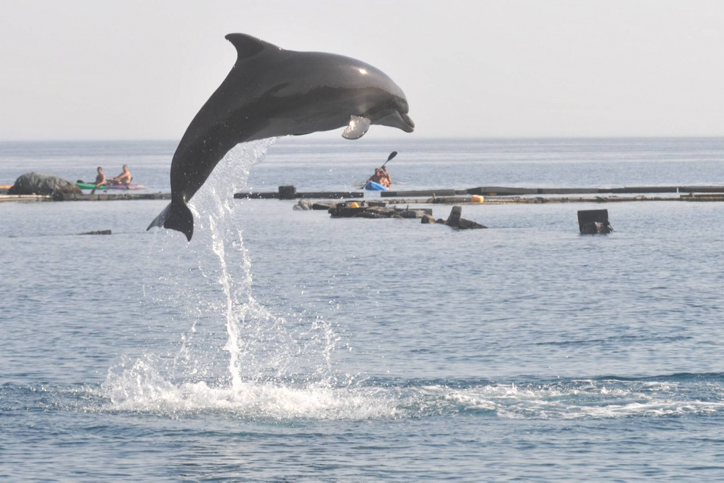