I am very disturbed by something I’ve subconsciously noted on numerous occasions, but only faced because of my nine-year-old granddaughter.  We were looking through all the “free” kosher magazines, circulars and newspapers one can pick up anywhere on the main streets in Jewish neighborhoods before Yom Tov and saw ads featuring clothes for both boys and girls ranging in age from infants to bar/bas mitzvah.   Every ad featured beautifully attired boys in Yom Tov finery, looking elegant, fresh-faced, smiling and ready for the holiday.  However, it seemed as if all the faces of the young girls were fogged out, distorting their sweet young feature and making them appear disfigured and ugly, as if their faces were so hideous as to diminish the clothing they are modeling.  My granddaughter looked at me with complete confusion and asked me why the boys had faces and the girls didn’t, and for the life of me, I couldn’t think of what to say. If it was an inyan of tznius, I could understand, but shrouding a three-year-old girl in a photographic “burka” borders on the insane.  With nothing else to say, I explained that maybe it was done to keep children safe.  This did not go over well, as she wanted to know why people care about the safety of little girls and not little boys!


Trying to change the subject I quickly moved to another publication when a new challenge arose.  On a number of pages there were advertisements for dinners sponsored by yeshivas and organizations that will take place after the chaggim. Under the pictures of the various honorees it said, “Rabbi and Mrs. Plini” or Mr. and Mrs. Ploni”, or “Reuven and Mindy Plony.”  My granddaughter suddenly asked me if all the men were “almonds,” which threw me off and I asked her what she meant.  Pointing out that there was not woman featured in any of the photos, she wondered if the women had died and the men “almonds” or “almans”.  She couldn’t grasp how many such tragedies had occurred to so many honorees.  I was floored that this child had picked up on something that was glaringly problematic.  And then she asked me “Bubbie, is there something wrong with being a girl or a lady?”

Mrs. Bluth, how many other children, specifically young, impressionable, little girls think the same thing? What sense of self-worth or self-esteem never develops because they see themselves as unworthy of any recognition and can only grow up to become faceless counterparts to their husbands?  What answers can you think of that would serve as a solution for this silent and dangerous situation?

A few years ago, I saw a Purim catalogues featuring costumes worn by adorable little yingalach and small, faceless maydalach, and it disturbed me beyond words.  I phoned the toy store to lodge my disgust at what they had done and told them I would not patronize their establishment if this were not rectified.  Within a week, a new catalogue of their costumes was distributed en-mass, featuring joyous little children, boys and girls alike, sashaying around in their colorful costumes.

You make a tremendous point and your granddaughter is both astute and rightful to her indignation and confusion.  Children’s perception of themselves are shaped in the earliest years of life and supported by the encouragement and opinions of the adults entrusted to care for them. When you erase a little girl’s face or distort her features, even just once, it may be enough to foster the mind-set that she is, perhaps, sub-human in some way.  And this thought grows unchecked as she grows, possibly leading to any number of life situations that may develop from just this small, dysfunctional seed.  Tell your granddaughter she is a wonderful, beautiful work of art, a one of a kind creation lovingly crafted by Hakodosh Boruch Hu, equal to her male counterparts in every way and that anything published by anyone to the contrary is a mistake. 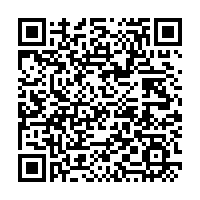