If you knew how much trouble I had getting gay men to be interviewed by me, you would doubt that the term “gay” applies to them. Their elusive hesitance, their resistance to revealing any identifying information including their phone numbers and the need for my repeated reassurances that I would respect their privacy and exercise discretion further evidences that they are not happy with their former identities and associations and have chosen a different path because “gay” and homosexual are not necessarily synonymous. In fact Dan (not his real name) was quick to confirm my assumptions. He felt it was very much an oxymoron to be gay and happy in his life.

“In my experience the whole symptom of being gay was an outcome of being unhappy and trying to be happy and repair whatever is wrong inside. It’s really sad. I’ve seen an enormous number of people really hurting out there.”


Although very personable, positive and charming, Dan, in his early thirties, now a student at a Chareidi yeshivah in Israel comes from anything but a simple past. Both his parents were very emotionally unstable, a good cause for their divorce when he was almost three, leaving him without a father and with a very unstable mother prone to anger attacks. This and the lack of any other family or peer support made for a very lonely world without much support in difficult times. He also suffered two incidents of sexual abuse. Although sexual abuse doesn’t necessarily result in homosexuality and there are many people with SSA (same sex attraction) who haven’t been victims of it, it was another incidence of trauma to overcome. One of the therapists that Dan consulted is of the opinion that homosexuality is very much related to post traumatic stress disorder.

Dan first noticed his attraction to men at aged 13 although he didn’t start to have relationships with men until his early twenties. He went through a period of turmoil and confusion and had a terrible relationship with his peers. At 20, he moved to the big city to enable his gay lifestyle. He identified with it and lived a gay lifestyle although he wasn’t terribly promiscuous because of his picky nature. He was fairly open about his preferences. “On a scale of 1 till 10 on the gay scale, I was a 10.”

It wasn’t until Dan became more religious, ventured into yeshiva and was confronted with the Torah prohibition in Leviticus that he started to reconsider his life and realized he couldn’t integrate his accepted lifestyle with Torah.

“I felt that if I got involved in gay relations I’m going to really get it. Not the healthiest of mindsets,” he quips. “I had the realization that if Torahis true and my gay identity is not true then I have a problem.”

Dan set out to solving this problem with a great deal of resolve to be consistent with his new life as an orthodox Jew. He’s spent most of the last decade in yeshiva. Like therapist Adam Jessel mentioned in the first article of this series, that can go a long way in helping men who have not had healthy, stable relationships with other men.

“I realize that people actually like me and see me as a normal man. I don’t feel it but I feel it’s true. The main problem of people with SSA is self-image. If everyone around me perceives me as a normal person, I see that my own previous inadequate self-image is false.”

The only person who knows of his struggle is the other person at the yeshiva who is also dealing with it. They were roommates at one point and they discovered their common situation because Dan was speaking with Adam Jessel and his roommate overheard.

Struggling with SSA, says Dan is always a work in progress, like a recovering alcoholic.

A year after going to yeshiva, he started working with his therapist and also joined a group led by Adam Jessel. “The work is getting to the core of what the issues are.”

“The problem isn’t sexual, it’s emotional,” says Dan. Now when he is attracted to a woman, it’s a personality attraction. “The first time I was excited by a woman, I was really surprised. I couldn’t wait to tell my friend.”

He dated a while ago and found he was not yet ready. “I hope that pretty soon I’ll be able to start dating. I’m becoming more accessible. It’s a long-term project. This is not for the weak-hearted. But the rewards are priceless – like being able to look at yourself as a normal human being, making friends and not being scared of other people.

“I was not leading a happy life but I would never have made a connection between being miserable in life and being gay. It was only when I started therapy that I realized these are related. Gay behavior is the tip of the iceberg. It’s a reaction that comes out of the loneliness and pain deep inside. I’m far happier now. Going through the process to me is worth all the money in the world.” 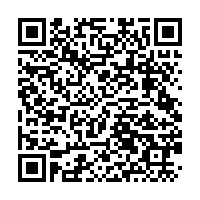