A few months passed, I don’t know how. I threw myself into making the house look nice and watching cooking shows. Now and then I went to a Torah class, but I couldn’t concentrate.

One night I prepared an extra nice supper. The arugula salad, the guacamole, the baby potatoes, the tender lamb chops, the blue hydrangeas in the center of the table – I felt a housewifely pride, despite everything. Well-trained, I’d become. Binyamin sat down, made a perfunctory beracha and ate. I watched him hunch over his plate, one arm circled around it as if protecting his food from insects or maybe my germs. I heard him swallow, saw his Adam’s Apple bob up and down. I stared at my hands that had prepared this meal for him. They looked faraway, as if not attached to my arms.


“There’s no Ketchup,” he said, frowning. “Who in their right mind serves potatoes without ketchup?”

He was always asking questions that had no answers, to make me look stupid. I went on eating my salad, potato and lovely lamb chop.

“On the side door of the Fridge,” I said, between mouthfuls of salad.

He glared at me. Oh. He expected me to get it, like I did whenever something was missing from the table. But right then, the thought of serving him made me gag.

I stood abruptly and walked toward the Fridge. I grabbed the ketchup and set it down before him. I’d brought him Golden’s Mustard by accident.

He examined the bottle like it was some strange moon rock formation, turned it in his hands this way and that, then without warning tossed the bottle of mustard toward me. I managed to catch it but the mustard spurted out onto the multi-colored Safavieh rug, and he glowered at me like I was a defective child.

I turned, slow-motion-like. “Why are we married, again?”

I mumbled, “I don’t think we’re supposed to be together.”

He looked down at his plate, his hands gripping either side. “It’s over when I say so, and I don’t say so.”

I didn’t understand – if he thought I was useless, dumb and infertile, why not just end it? He’d find someone else, faster than spit.

Or maybe he wouldn’t. Deep down, he knew there was something wrong – something unmarriageable – about him. Still, he craved the trappings of a normal life – a wife, children, membership at the shul. So he laid a trap for me with his fancy meals, his helicopter ride and phony compliments. He courted a naive thirty-five-year-old who was desperate to marry and yet young enough to bear him a child, or two, or three.

Speaking of which, let me burp the baby, okay? Come on, Shaindy. I can talk and burp her at the same time. Don’t tell me there’s a whole art to it.

Where was I again? One Thursday, I was picking through white beans for cholent, and I got to thinking: If I was to remarry and have a baby, then the whole world would realize – he was the one with the problem, not me! And that would kill him. He was a proud man. If he stayed married to me, nobody would ever know the truth. They’d just blame the no-children on the fact that I was by now a dried-up thirty-six. The whole town would say, what a tzaddik he was, a saint for sticking with her. I was his cover. He was a sicko, that Binyamin. And sickos never let their wives go.

I was so struck by this thought, I jumped up and all the beans scattered on the kitchen floor. I crouched down and tried to clean them up, while my tears dripped all over those beans.

There reaches a point when you’ve had enough. I made an appointment to speak with Rabbi Shmolensky. He knew me pretty well, not just from shul, but from his Torah classes. Surely he’d help me get out of this marriage.

“Rabbi,” I said when I met him the following day. “Did Binyamin tell you how it is between us?”

“He did.” The rabbi’s cheeks above his trim gray beard pinkened. “Frankly, I don’t know what to think. I’ve seen a lot of couples in distress, but” – he coughed into his fist – “I’ve never seen a husband get so in a froth about flecks on a wine glass.”

Yep, that was my Binyamin. “Rabbi, it’s far worse than that.”

He did that little rabbi cough again. “I fear you may be right, Mrs. Walfish. He showed me his entire list of grievances, yes, that’s what he called them.”

His grievances? Hah. “Rabbi Shmolensky, I didn’t come here to patch things up or for Shalom Bayis reasons. I want a Get.”

“Mrs. Walfish,” he said, “I always try to help couples stay together, but in certain cases it’s not always possible … or even advisable.”

I could see he had a strong sense of the man I was dealing with. In fact, he then said, “But he won’t grant you a divorce, will he?”

I bitterly shook my head no, and a spasm of anger crossed his face.

“I want to help you, Mrs. Walfish. Whatever you need our shul to do, I’ll make sure we do it. We can try to persuade him nicely, or carry a picket outside his home, or even forbid him from entering the shul. Those are the tools I have as a rabbi.” He exhaled. “But the one thing I cannot do is force him to divorce you against his will. It’s against Jewish law.”

But that’s exactly what I needed him to do! Binyamin was unpersuadable. As for the other strategies – I knew they’d just backfire and make him dig in his heels.

“Didn’t the Talmudic sages find ways to ‘persuade’ obstinate husbands to give Gets? I read about it once in The Jewish Press,” I told him.

“That was then, when such courts had power. These days nobody can force anybody to do anything.”

The rabbi spread out his hands, then covered his eyes and shook his head sorrowfully from side to side.

I didn’t give up, Shaindy. I still had another card up my sleeve. I drove over to see Binyamin’s mother. She was wearing her usual leopard print robe.

“Ruchella!” she exclaimed, thrusting aside the TV remote. “I’ve been waiting for you!” The knot in my ribcage eased a little. The woman adored me. And I knew Binyamin cared about his mother’s opinion. Surely if she pressed him to divorce me, he would relent and give me the Get. Mrs. Walfish pulled a nail file and polish from her pocket. “Unless,” she said with a sly look, “you’d like a game of Casino first.” She patted the deck on her little portable table.

I was so tense, there’s no way I could’ve polished her nails just then. “Another day, Mom,” I said hurriedly. She regarded me with mild reproach, but I plowed forward, outlining my “situation” as delicately as possible so as not to offend a mother’s ears – he was her only child after all.

She listened, her hands folded on her lap, now and then taking sips of apple juice. I marveled at how composed she looked – no alarm in her eyes, as if she’d merely received a bad weather report 100 miles away.

When I finished, she said, “It’s true my son can be … rather unpleasant and difficult at times. But my dear, you are overlooking his good qualities.”

“What are they?” I said bluntly.

“Binyamin is responsible and industrious, an excellent provider. At times he can be quite generous. When I married my husband, we were penniless, you know. I didn’t know if his business would succeed or not, but I took the chance.” She shrugged a wizened shoulder. “Don’t you have everything you need?”

I didn’t know what to say. Then, “That should be enough? That’s a marriage?” Of course, I was echoing you, Shaindy.

“I’m from a different generation, but I still think a woman needs to know on which side her bread is buttered.” She patted the corners of her mouth with a napkin. “Don’t forget, you were poor as a church mouse when Binyamin met you.”

Something unpleasant in her tone made me step back. As if she was saying, You’ve been given enough, who are you to want so much. You minx you.

“Please, Ruchella, try to see the bigger picture.” She began shuffling the cards quite expertly. “A wife has to take her husband’s good points and bad points and weave them together.” She tapped the shuffled deck smartly against her table. “Should we play Casino first or…” she waggled her unpolished nails at me.

I shrank back in horror. Talking to her was like was pleading with the ocean. I would never get human feedback from her.

Now there was no one I could turn to. Once or twice, I lifted up the phone to call you, then put it down. No way was I going to speak to you when I was in this sorry state.

Ooh, that was a good loud one. See, I told you it’s not rocket science. 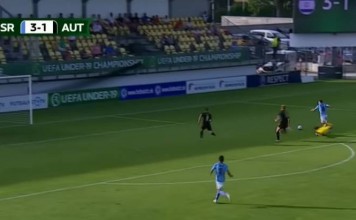 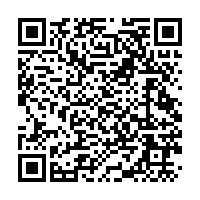