Last week, a frum-from-birth mother in one of my classes thanked me for encouraging her to stay home with her last baby (which was her sixth). She said, “Until I met you, I didn’t know it was important for babies to be cuddled or held. Thanks to you, I decided to nurse for the first time and it was a wonderful experience. Instead of rushing off to work in the morning, he got a calm mom – at least until I returned to part-time work when he was eight months old.”

“Oy gevalt!” I thought to myself as I smiled back. “What kind of society is this which destroys a mother’s natural urge to nurse and cuddle her baby?” True, the economic situation forces most women to work. And stay-at-home moms who feel stifled and unfulfilled may abandon their children emotionally. However, leaving newborns in the care of apathetic or overwhelmed caregivers may seriously impede their future ability to trust people. In a child-care center near me, there are 40 little babies in their cribs, most crying plaintively, while the two attendants talk to each other in an enclosed supervisory room nearby.

Thanks to what I consider to be unfortunate circumstances, where mothers are going back to work within 6-12 weeks after birth, we are seeing an alarming rise in emotional disorders in the adolescent and young adult population. Specifically we are seeing emotional disorders stemming from a lack of trust, which can manifest itself in behaviors like self-cutting and addictions. These adults are reacting in a similar manner to a baby who has been torn away from his mother, i.e., feeling worthless, enraged and anxious or shutting down emotionally due to the inability to deal with the intense grief they are feeling.

Our earliest experiences have a profound effect on us for our entire lives. People who lack trust can often function just fine in the “external world,” yet have profound problems in their inter-personal relationships. It has been discovered that the brain has “windows of opportunity” which close at various ages. For example, the ability to learn a new language without an accent is almost impossible after the age of 12. Obviously, people can learn new languages after that age – but generally, they will speak with an accent.

Likewise, trust in people, oneself and the world is established in the first year of life when a consistently loving mother enjoys being with her baby and responds to his distress with alacrity. Children who are abandoned, abused, rejected or neglected during this crucial first year are very likely to have problems trusting that they can love or will be loved. An abused, neglected or abandoned child thinks, “I cannot trust that anyone will be there for me. No matter how much they give, I’m sure to be rejected at some point. No matter how nice someone is the abandonment can come when I least expect it.”

Such anxiety may manifest itself as:

Excessive dependency: It is appropriate for a baby to cling to his mother. However, it is inappropriate for an adult to be incapable of making one’s own decisions or to cling to others in a way that makes them feel stifled or inadequate for failing to please the dependent one.

Excessive anxiety: It is appropriate for a baby to be anxious about a mother’s absence. But it is abnormal to feel as if a marriage is a “house of cards” which collapses each time there is a minor disagreement or bad mood, as if all the loving times were fake and meaningless.

Excessive suspiciousness: It is appropriate for a baby to continually check to see if the mother is there. But it is inappropriate to call 30-50 times a day to check on a spouse’s whereabouts or interrogate him/her about all the details of the day.

Excessive indifference: It is normal for a baby to be aloof and take time to warm up to the mother when she returns after an absence. But it is abnormal to refuse to connect or show interest in and concern for others for days, months or years.

Excessive people pleasing: It is normal for a baby to want his mother’s approval and to scan her face intently for signs of rejection or sadness. But it is not normal for an adult to be so fearful of rejection that s/he turns him/herself into a virtual slave, giving up all decision-making powers in order to avoid being abandoned by a tyrannical or uncaring spouse.

Excessive rage: It is normal for a baby to wail when the mother leaves. It is not normal for an adult to feel abandoned and seethe with rage simply because a family member fails to live up to their dreams.

Excessive demands: It is normal for a baby to be self-centered and demanding. It is not normal for an adult to be so selfish and narcissistic that s/he makes impossible demands for attention and adoration, constantly forcing the spouse to, “Prove that you love me” but never ever feeling loved.

Excessive jealousy: It is normal for a baby to be jealous when his mother holds another child or talks on the phone. It is not normal for an adult to feel intense jealousy simply because the spouse wants a reasonable degree of independence.

If you have trust issues, there is a great deal you can do to build trust, first in yourself and then, hopefully, in trustworthy others.

1. Be abstinent. Most people with trust issues are addicted to various substances, such as sugar or cigarettes, or activities, such as the Internet, because substances, unlike people, are always available and can be relied on to provide a bit of relief. However, each time you engage in self-harming behavior, you are abandoning yourself. A good parent takes the time to set limits with a child and help him bear deprivation with compassion. When you let yourself be taken over by a harmful urge, you are treating yourself like the abuser or abandoner treated you, as if you are a worthless piece of garbage with no real value. An addiction is a form of self-abandonment. Self-esteem is built through constant acts of self-discipline. Without self-discipline, you cannot gain a true sense of self-trust. You can either binge on junk food or gain self-trust by treating yourself as a good parent would treat a child, i.e., building trust by setting limits.

2. Keep a schedule. For example, exercise at least 3 times a week at a set time. Get at least 7 hours sleep. Eat a healthy meal every 3-4 hours during the day so that you don’t feel deprived, but don’t eat at night, when you need to let your body calm down. By sticking to a schedule, you gain a sense of yourself as a person who is reliable and trustworthy.

3. Pick a person to give charity to on a regular basis, such as the first of the month, even if it is only a small amount. This helps you see yourself as a person who can be relied on to be there for someone else.

4. Notice your decisions. Start small, like noticing that you chose one type of shampoo or toothpaste over another. Then notice your “victories,” such as drinking water instead of a sweet soda or eating salad instead of potato chips. Notice that you smiled instead of being grouchy or said “no,” instead of giving in and feeling exploited. All these “little” acts of self-discipline build self-trust.

5. Forgive people for not satisfying your expectations. No one can fully understand anyone else. No one can satisfy another person’s dreams all the time. Allow people to be human. Allow them to be independent. Expect more from yourself and less from others.

Throughout the day, think to yourself, “I want to think, speak and act in a way which will help me feel that I am a trustworthy, reliable and stable person.”

Please visit my website www.miriamadahan.com for more information on this topic. My pamphlet, FROM VICTIM TO VICTOR, is designed to help people cope with abusive relationships. It can be purchased for $15 from THE ADAHAN FUND, 2700 W. Chase, Chicago, IL 60645. All proceeds go to help abuse victims in Israel. I can be reached at 011-972-2-5868201 or emett@netvision.net.il. 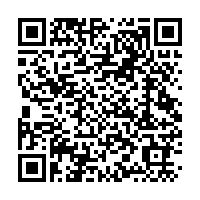