Are you the kind of spouse that dominates your partner by finding everything “major”? Consider the following to help you have some insight into whether this description is true of you or your spouse:

1. Make a list of how many things this past month you considered “major” – things you felt strongly about. Your spouse should do the same for him/herself. Be honest with yourselves. If you felt it necessary to disagree with your spouse, or if your spouse agreed but you would have made a clamor if he or she had not, then it’s “major”. What does your list look like?

2. Make a similar list of how many things you feel your spouse considered “major,” this week. Your spouse should do the same in regard to you.

3. Review your lists together. Did you find many more things to be considered “major” than your spouse? If you and your spouse disagree about whether one of you considered something “major” (for example, you say he found haggadas a major issue and he says he didn’t), talk it out. Perhaps your spouse doesn’t realize how forceful he is.

Sometimes people disagree for the sake of disagreeing and not because it means so much to them. They need to realize they are doing this. Create a signal with your spouse that asks whether this is a moment when he or she is feeling strongly about something, or if he or she is simply playing “devil’s advocate”. The signal can be something as simple as asking, “Is this major to you?” On the other hand, look at the possibility that your spouse isn’t really making a big fuss about things. Perhaps when he asks a simple question like, “Why do you think the boys need to change karate schools?” you take it to mean he’s second-guessing you and disagreeing. Maybe it really isn’t “major” to him but rather that he just wants to feel part of certain decisions.

4. Look deeper within yourselves. If you realize that you’re finding too many things “major,” work to try to understand the reason. Perhaps you’re trying to overpower your spouse so you can feel more “in control.” Are you feeling weak in this relationship, or do you feel that others in your past have pushed you around? Are you overcompensating for feeling unheard in past years, by making sure you’re heard too much in your marriage?

Are you following your parents’ marital pattern and creating a similar relationship, in which one spouse carries the strong opinion? Ask yourself, “Who else in my life had strong opinions?” On the other hand, if you never find anything important enough to have a strong opinion about, consider that as much of the problem. What stops you from having strong feelings about something? Are you afraid to stand up for yourself? Discuss these deeper issues and learn about each other, while resolving to help each other change in the future.

This is the last of my series on developing proper “roles” for your marriage in order to argue less and develop a healthier atmosphere for your family. Whatever you decide together will be right for your “couple-hood,” will unite both of you and allow each of you to approach those areas with the confidence that you’re not alone in your marital work.

RABBI NEUMAN is a Florida licensed psychotherapist and author of two books, Helping Your Kids Cope With Divorce the Sandcastles Way (Random House) and Emotional Infidelity, How to Affair-proof Your Marriage and Other Secrets to a Great Relationship (Crown). He and his work have been featured many times on The Oprah Show, Today, The View and in People, Time and elsewhere. He lives with his wife and five children in Miami Beach, Florida. For more information on his work, visit www.mgaryneuman.com or e-mail changingfamilies@mgaryneuman.com. 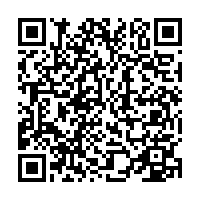