Take Meir, 45, and Leah, 44, for example. They came to resolve their complaint that neither was fully “engaged” in their marriage. Meir was a successful lawyer who worked long and hard hours at his firm. He believed that he was a good husband who provided for his wife’s every need. They had a large house, several cars, went away twice a year on exotic vacations, etc. Meir also described himself as an “avoider” and his wife as being confrontational. Leah, on the other hand was busy running their children’s school’s PTA, studying towards a second degree in art therapy and taking courses in their local shul. In short, Meir and Leah never saw each other, but when they did, they were always fighting about money, Meir’s “sloppiness” and how to renovate their home.

At first, I tried to work through their conflict under the assumption that Meir was avoiding his wife, and Leah was too confrontational. After several sessions I saw that we weren’t making any headway and I decided to probe even deeper. It turned out that the real problem in their marriage was a lack of affection caused by their inability to spend quality time together. Each was living as a separate entity under the same roof. They lacked the aspect of dodi, and were missing the closeness needed to sustain a happy marriage. For Meir and Leah marriage turned into a business deal, an agreement where each side did the minimal amount needed to continue the relationship while sharing no real joy or excitement about one another.

Meir and Leah were not just fighting about matching pastel colors or the size of their chandeliers. They were fighting about the loneliness in their marriage and using the walls of their home as their battleground.

When people argue endlessly about the same topics, it is a sign that they are really talking about something much deeper. There may even exist unsolvable problems and differences that pop up as conflicts over money, education or work stress. In reality, their problems can’t be solved through changing their style of communication. Couples who can’t break their vitriolic patterns need to discover their deeper wishes and desires that are unfulfilled or being denied by their spouse.

Some of a person’s deeper wishes may include:

Wanting more love and affection. Desiring greater control in their lives. Getting respect from people. Wanting to feel secure about their relationship. Desire to live a long life. Financial security. Overcoming past hurts i.e. divorced parents, death in family, loss of money, failure.

Often it is these wishes that fuel unresolved conflicts. For example, arguing over raising children may be more than just a fight about changing diapers. The daily stress of attending to a child’s needs may be exacerbated by a wish that their child will succeed in school or that they will become a doctor, lawyer or wealthy businessman. Or, for parents of a child who tends to act out, they may harbor a deep-seated wish that their child will be perfect and never struggle or compromise their values. Sometimes you find couples arguing endlessly about their in-laws, when in actuality they are upset about the lack of affection in their marriage.

Next week, part 20, How Your Marriage Affects Your Children

Rabbi Daniel Schonbuch, MA, is the Executive Director of Shalom Task Force and author of a “First Aid for Jewish Marriages: Eight Steps To Enhancing the Most Important Relationship in Your Life.” For more information about Shalom Task Force, please visit www.shalomtaskforce.org. You can e-mail questions to him at rabbischonbuch@yahoo.com. 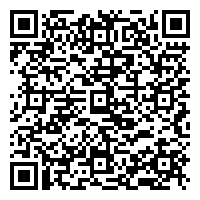