* They must obtain permission to act in matters that are, in fact, their own business.

There is no doubt that control breeds hostility and resentment. Take Meir and Sarah, for example. Meir had arbitrarily decided how Sarah should raise their children, where she should shop, how much money she should spend, and whether or not she should have a cell phone. Case in point, Meir thought that Sarah was overly permissive with their children and spent too much time reading to them at night. Feeling it was his “right” to correct her behavior, Meir would berate Sarah about her parenting skills — sometimes in private, and at other times in front of their children. Each time one of their children acted out, he would say it was due to her “poor parenting skills.”

Sarah was enraged that Meir was exposing her and their children to his belittling and degrading comments. In sheer desperation, she began her own form of controlling behavior – going on shopping sprees and spending money beyond their means. Before long, Sarah had racked up over $7,000 on their VISA bill, believing that she could spend as much money as she wanted despite the devastating consequences to her family.

It was pretty easy for me to see that her shopping habits were directly connected to how her husband was treating her at home. The more harshly he behaved with her, the bigger the VISA bill. Sarah was trying to control her husband by hitting him with unsuspecting bills that would inevitably drive him crazy.

As usual, the circle of control didn’t stop there. Meir kept complaining about Sarah’s parenting skills and eventually decided to exert further control by cutting off her VISA card. He also felt that she could not be trusted to spend money as she pleased and opened up his own bank account without consulting her.

What really pushed Sarah over the edge was when Meir started reviewing her cell phone bills and questioning why she was calling her friends during the day (which would cost more minutes than their monthly family plan would allow).

Their marriage was in a shambles and with the friction burning in their home, their relationship was in serious crisis.

Marriages like this are not uncommon. When a spouse yields an inordinate amount of control over areas such as finances, education, food and vacation plans while leaving their spouse totally in the dark, the results can be catastrophic.

And it’s not just about controlling behavior, but attitude and perspective as well. A person with a controlling personality tends to ignore his or her spouses needs and focuses only on what he views as necessary to maintain his own sense of security and equilibrium. The controller’s message is: It’s my way or the highway!

There’s no doubt that control problems also affect a multitude of family relationships, especially those with children and teenagers. Take David, 42, and Lisa, 38, for example. They came together with their two teenage boys, Daniel, 15, and Gavriel, 13, to discuss Daniel’s at-risk behavior.

The situation in their home had become unbearable. The previous Shabbos, Daniel got in a fist fight with his younger brother and ended up breaking a window in their bedroom. This was not their first fight, but one of their worst ones in years. David and Lisa had also brought with them a laundry list of complaints about Daniel’s behavior. They felt that he wasn’t taking school seriously, that he was fighting in class, and worst of all, he was consistently rude to his parents.

To make matters worse, David started blaming Lisa for Daniel’s problems. He believed that she was “too accepting,” “parented without borders,” and “never disciplined him for doing wrong.” The tension in the room quickly boiled over and Daniel and Lisa started snapping at and insulting one another.

After calming down the situation, I began searching for clues to Daniel’s behavior. Was he a victim of abuse from one of his teachers? Did he suffer from a learning disability? Did he have an attention deficit?

I believed that the clues to their son’s at-risk behavior weren’t to be found “out on the street,” or in Daniel’s school. The source of their problem was sitting right in their room with us. It was obvious that Daniel’s father, David, had a controlling personality and difficulty managing his anger. And now Daniel had learned how to control others by attacking those who disagreed with him. Daniel was simply mirroring the at-risk behavior he had learned from his father at home. 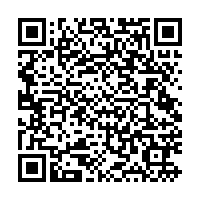