“Armond, are you listening to me?”

“It’s time for the party. Are you ready to go?”

“You can read any time,” his mom said.

“But parties make me nervous,” Armond said. “What if balloons pop?”

“What is something stinks at the party?” Armond asked. He had a very sensitive nose.

“Worst of all, I feel invisible at parties because I can’t think of anything to say. Sometimes I feel like everyone is a branch on the same tree, and I’m the lonely stick in the yard.”

The above scenario is the beginning of a children’s book written by Armond Isaak, a sixth grader with Asperger’s Syndrome. Armond wrote the book and then reached out to his favorite author and illustrator Nancy Carlson. Together, they put together an educational and fun picture book entitled Armond Goes to a Party that focuses on the challenges children with Asperger’s deal with on a daily basis.

Isaak explained that he wrote the book, “So people who know somebody with Asperger’s can know to how to deal and make friends if they feel alone, and if somebody with Asperger’s can reach out and try to make new friends.” He explains his strengths and weaknesses well, saying, “If you have Asperger’s Syndrome, you are really good in your brain and your brain is wired a different way, so you are really good at drawing or school. But your social level is not high.”

The book focuses on Armond’s social issues because of his Asperger’s and is a great way to engage and inform children about Asperger’s Syndrome. As a side note: Children’s books in general are an important tool for teaching about all types of difficult issues, including bullying, ADHD, anxiety and anger management.

There is a lot of discussion about Asperger’s being on the autism spectrum. Asperger’s Syndrome was first described in the 1940s by Austrian pediatrician, Hans Asperger, who noticed that many of his patients had deficient social and communicative skills even though they had normal language development and cognitive abilities. While many children on the autistic scale have trouble functioning socially, they also tend to develop language skills later; therefore, Dr. Asperger felt these children stood in a class of their own.

Professionals are still debating whether Asperger’s is “high-functioning autism” or it’s own disorder completely. Regardless, in 1994, Asperger’s Syndrome was added to American Psychiatric Association’s Diagnostic and Statistical Manual of Mental Disorders (DSM-IV) as a separate disorder from autism.

The main distinction between autism and Asperger’s Syndrome is that with Asperger’s there is no speech delay. In fact, those with Asperger’s generally have good language skills – even though their speech patterns might be unusual or their inflections inconsistent.

Children with autism often seem aloof and uninterested in others. Thiat is not ture of those with Asperger’s – they usually want to fit in and interact with others, they simply do not know how to. They may be socially awkward, not pick up on social cues, or show a lack of empathy. They may seem uninterested in a conversation, not understand the use of gestures, and like Armond, feel invisible.

In their free time, children with Asperger’s often have particular interests that can border on obsession. They like to collect categories of objects: baseball cards, rocks, cars, or clips. Armond is very involved in Legos and playing the trumpet. While many children with Asperger’s have excellent memory skills for statistics and rote memorization, they have trouble with abstract concepts. 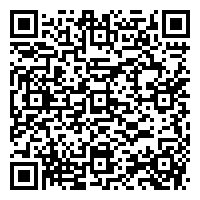