Susan David begins her book Emotional Agility: Get Unstuck, Embrace Change, and Thrive in Work and Life with the following story:

A well-regarded captain stood on the bridge of a British battleship watching the sun set across the sea. As the story goes, the captain was about to head below for dinner when a lookout suddenly announced, “Light, sir. Dead ahead two miles.”


The captain turned back toward the helm.

“Is it steady or moving?” he asked, these being the days before radar.

“Then signal that ship,” the captain ordered gruffly. “Tell them, ‘You are on a collision course. Alter course twenty degrees.’”

The answer, from the source of light, came back moments later: “Advisable you change your course twenty degrees.”

The captain was insulted. Not only was his authority being challenged, it was being done in front of a junior seaman!

“Send another message,” he snarled. “We are HMS Defiant, a thirty-five-thousand-ton battleship of the dreadnaught class. Change course twenty degrees.”

Apoplectic and red in the face, the captain shouted, “We are the flagship of Admiral Sir William Atkinson-Willes! CHANGE YOUR COURSE TWENTY DEGREES!”

There was a moment of silence before Seaman O’Reilly replied, “We are a lighthouse, sir.”

The above story illustrates the idea of emotional rigidity. The author argues that those rigid habits of mind and body are the things that prevent you from flourishing, as you react in the same stubborn ways to new or different situations. So, how can you gain emotional agility and ensure you aren’t asking the lighthouse to move instead of making a change of course yourself?

Often we have negative voices that we listen to in our heads. Voices that tell us that we are a “loser,” that we will “never succeed,” or that we need to be better at something. If we listen to these voices, avoid them, try to distract ourselves from them or attempt any other coping mechanism, those emotions end up controlling us and keeping us rigid and in the same continual patterns.

Recognize your Patterns. It’s hard to break a pattern, but even harder if you don’t see it. Understand when your thoughts become repetitive and self-defeating. Notice when you are doing the same thing over and over again regardless of the situation in front of you.

Accept the patterns. Once you’ve recognized the pattern and also labeled the thought, accept it. Don’t try to avoid it or make it go away. Instead, pay attention to it. Why are you having a guilty thought? Is there something more at stake here that you would like to pay attention to? Allowing yourself a moment to think and reflect will enable you to make better decisions and escape emotional rigidity.

Act on your values. David calls this step “Walking Your Why.” In other words, figure out what your core values are and then make your decisions based on those values. Don’t get stuck in your patterns, instead, recognize them, label your thoughts, accept them, and then make a decision based on your identified core values.

Growth. The growth mindset is based on the belief that your basic qualities are things that can cultivate through your efforts. This mindset is founded on the idea that you can change and grow through application and experience. This means that a person’s true potential is unknown and therefore anything can be accomplished through hard work and passion.

These mindsets apply to learning and to relationships. When someone with a fixed mindset has a negative interaction with a friend or loved one, he immediately projects that rejection onto himself saying: “I’m unlovable.” Rather than evaluating the situation and gaining insight for the future, people with the fixed mindset shut down. On the other hand, for those with the growth mindset, the pain of rejection is just as real. However, instead of labeling themselves as unlovable, those with a growth mindset attempt to learn from the relationship for the future. With this mindset, you believe that every relationship teaches you more about who is right or wrong for you.

Which mindset ends up succeeding in the long run? Dweck argues that if you have a growth mindset, you are more likely to fulfill your potential, maintain fulfilling relationships, and enjoy yourself too! The emotional agility that David describes matches very clearly with the growth mindset, while emotional rigidity matches the fixed mindset.

Want to get unstuck? Develop your emotional agility or your growth mindset! Research shows it works! 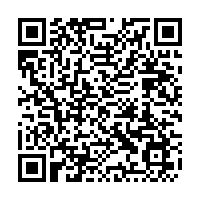