Do you ever wonder what is behind your children’s tantrums? Is it possible that they are expressing something that we truly might be able to understand if we look at the way children’s brains work?


I often talk about parenting the “explosive child” or a child who struggles with Oppositional Defiant Disorder (ODD). In that context, I often mention Dr. Ross Greene’s groundbreaking work on using “Plan B.” Recently, another approach has been gaining popularity both in my office and in parenting circles. Discussed by Daniel J. Siegel, MD, it is often used to promote “the whole-brain child.”

The strategies Siegel suggests are not just for explosive children, they can also be used during everyday parenting struggles. He explains that parents are often experts in regards to their children’s bodies. They know how much temperature is considered a fever, the correct dosage of Tylenol, how to clean a cut and bandage it, and which foods they are allergic to. Interestingly, he points out that even educated and concerned parents know very little about how the mechanics of the brain work. Yet, the biology of the brain is responsible for so much of what parents care about: discipline, decision-making, self-awareness, school, relationships and self-esteem.

The more we know about how our children’s brains work, the better we will be able nurture stronger, more resilient children. Not only that, but it can make parenting easier and more meaningful. The goal of this article is to give you a taste of how Siegel’s “whole brain perspective” can be applied to everyday parenting moments. This is not a manual that will eliminate all the stress involved in parenting, however, it should help explain and tackle some often inexplicable occurrences.

So, how can you recognize when your child’s brain (or your brain) is in a state of integration? Siegel explains that integration is like floating in the middle of a river – and avoiding the river’s two banks. One side, he explains is the bank of chaos, where you feel out of control. “Instead of floating in the peaceful river, you are caught up in the pull of the tumultuous rapids, and confusion and turmoil rule the day.” On the other bank, lies rigidity. As opposed to being out of control, you are “imposing control on everything and everyone around you.” You are unwilling to compromise or adapt.

We all move back and forth between chaos and rigidity throughout the day. When we are farthest from the middle of the river, we are also farthest from mental and emotional health. The better we are at avoiding the extremes, the more time we spend in “the river of well-being.”

Our children float along their own “rivers” and when they lose their tempers or throw tantrums, framing their behavior through this lens can help us understand how well-integrated the different parts of their brains are at that moment. With this knowledge, you can help guide your child back to the middle ground.

Your right and left brain not only are anatomically separate, they function differently as well. Your left brain craves order as it is logical, literal, and linear. On the other hand, your right brain is creative and nonverbal, focusing on the big picture rather than the minutiae of a situation.

How can you make sure your child’s left brain and right brain work together? Seigel suggests two strategies:

Connect and Redirect: If your eight-year-old is throwing a fit because he can’t believe his birthday isn’t for another 8 months, chances are that he is experiencing a lot of right brain (emotional or illogical activity). Rather than responding with logical questions, which he will not be able to hear because he is in the midst of a wave of emotional thinking, react to him with emotions. Hold him tight and tell him that you understand how frustrating that might be. Once he is able to calm down, you help him work through the problem logically. In this way, you are connecting to him through his left brain (emotions) and redirecting his emotions through his right brain (logic). This will help him become better integrated in the future as well.

Name It to Tame It: If your fourth grader is dealing with bullying at school, she is most likely experiencing painful or scary moments. These moments can be overwhelming and can flood her with overpowering emotions. One way to help bring the left brain of logic into this right brain dominated picture, is to help your daughter retell the story of her pain. After retelling (or naming) the story several times, the pain she experienced is less overwhelming (is tamed).

The brain is not just divided into two hemispheres, it also has an “upstairs” and a “downstairs.” Scientists identify the downstairs brain, made up of the brain stem and limbic system, as the part responsible for basic functions, such as breathing, blinking, instinctually reacting, and emoting strongly. The upstairs brain, with its cerebral cortex, is the place in which higher function mental processes take place, such as imagining, planning, empathy, and morality.

We are at our best when our instincts are in line with our higher-level thinking. Here is one suggestion of how to help our children integrate their upstairs and downstairs brains:

Use It or Lose It: Our brains are like muscles, so if we do not exercise them, they will not work to their fullest potential. While we often want to make decisions for our children so that we can guide them in the right direction, it is also important to allow your child to make his own decisions. For instance, if your child has a baseball game and a friend’s birthday party on the same day, it would help to involve him in the decision-making process. Not only will he be less likely to be upset about missing the event if he was part of the process, but you will also be teaching him about executive function and weighing different options to come to a conclusion.

The above examples are just a taste of what parenting the whole-brain child is about; however, I have found great success when working with parents and teachers using this method. Like most things dealing with the health and happiness of our children, it’s worth a try! 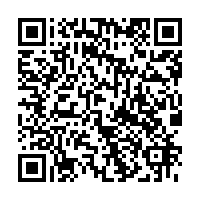