I cannot tell you how many times I heard that shrill, whining refrain. It started about the time I got to first grade. I heard it from parents, relatives, teachers, principals, and all manner of other people. I heard it so often I began to expect to hear it.

Sometimes it would be punctuated by a jab from a ruler or one of those rubber tipped pointers teachers used in those days. The teachers would say, “Look at me when I’m speaking to you!” I would squirm and continue looking at the floor, which would just make them madder. I would glance up at their hostile faces and feel squirmier and more uncomfortable and unable to form words, and I would quickly look away.

My father would say, “Look at me! What are you hiding?”

Everyone thought they understood my behavior. They thought it was simple: I was just no good.

“Nobody trusts a man who won’t look them in the eye.” “You look like a criminal.” “You’re up to something. I know it!”

Most of the time, I wasn’t. I didn’t know why they were getting agitated. I didn’t even understand what looking someone in the eye meant. And yet I felt ashamed, because people expected me to do it, and I knew it, and yet I didn’t. So what was wrong with me?

The above excerpt comes from the prologue of John Elder Robinson’s memoir, Look Me in the Eye: My Life with Asperger’s. Robinson describes the painful experience of growing up in a time before Asperger’s Syndrome was widely recognized. Instead of his parents and teachers understanding his limitations (and strengths), they regarded him as a “problem child,” one who would never make it in the real world.

Fortunately, a lot has changed since Robinson was a child. Scientists, educators and psychologists have done extensive research on Asperger’s Syndrome, often identified as a mild form of autism. Perhaps the best way to help those with Asperger’s to succeed is to gain a better understanding of the workings of the syndrome.

What is Asperger’s Syndrome?

Asperger’s Syndrome was first described in the 1940s by an Austrian pediatrician, Hans Asperger, who noticed that he had many patients who were deficient in social and communicative skills even though they had normal language development and cognitive abilities. While many children on the autistic scale have trouble functioning socially, they also tend to develop language skills later; therefore, Dr. Asperger felt these children stood in a class of their own.

Children with autism often seem aloof and uninterested in others. This is not the case with children with Asperger’s – they usually want to fit in and interact with others – but simply do not know how to. They may be socially awkward, not pick up on social cues, or show a lack of empathy. In terms of non-verbal communication, children with Asperger’s will seem uninterested in a conversation, not understand the use of gestures, and like John Elder Robinson, avoid eye contact.

Because of the many strengths children with Asperger’s Syndrome manifest, parents can become frustrated easily. We know that the child is cognitively capable, so we ask ourselves, “Why can’t they just act like everyone else?” While this frustration is a common phenomenon, it is important to understand that children with Asperger’s would love to function the way their siblings and family do. They simply cannot figure out how to act “normally.” It’s our job as parents and educators to give them the tools to better adapt to society.

As autistic adult writer Jim Sinclair wrote to parents of children with autism or Asperger’s Syndrome:

You didn’t lose a child to autism. You lost a child because the child you waited for never came into existence. That isn’t the fault of the autistic child who does exist, and it shouldn’t be our burden. We need and deserve families who can see us and value us for ourselves, not families whose vision of us is obscured by the ghosts of children who never lived. Grieve if you must, for your own lost dreams. But don’t mourn for us. We are alive. We are real. And we’re here waiting for you. 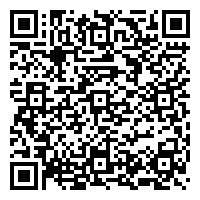