Over the past few months we have discussed many of the major ways in which we can understand what makes a teenager tick. Now let’s put all the pieces together and work towards restarting the relationship between you and your teenager.

Beginning again is never easy, especially when starting over demands that a person develop new habits.  However, restarting a relationship with a teenager is easier than most parents think.  Old habits can be replaced by new ones as long as you follow the Three Cs and keep the goals of Relationship Theory in mind.

Remembering the importance of connection, control and communication, parents can use the following techniques to help jump-start their relationship with their teenager:

Keeping the goals in mind

Reframing can help parents view their teenager from a new perspective.  Seeing the relationship from a different angle can lessen the effects of a long history of bitter emotions.

Try to depersonalizethe conflict by viewing the teenager as a unique and separate individual.  One technique I teach parents is to treat their teenager as though he or she were a friend’s child.  With friends and acquaintances, we are extra careful not to overstep boundaries and we work hard to stay calm and maintain our sense of compassion.  Imagine how much better a parents’ relationship with their teen could be if they would relate to him or her with more love, politeness, and respect.

Another way for parents to reframe the relationship is to view themselves as their teen’s grandparent.  Many of us have fond memories of our grandparents.  I always viewed mine as a tremendous source of love and generosity, and their home was a place of kindness and acceptance. I never felt belittled or criticized by my grandparents.  Perhaps grandchildren have this special relationship with their grandparents because they are not the primary providers or responsible for discipline.  Parents who are able to imagine themselves as their children’s grandparents and relate to them in that way can reduce friction and give their children more of the love and kindness they need.

A third possible way is for parents to view themselves more like a salesperson and less like the chief executive officer of a company.  The shift in focus works as follows: For the first ten or eleven years as a parent, you were the CEO of your family.  As CEO, you were in charge of everything – how your children dressed, what they ate, whom they played with, what they watched on television and when they went to sleep.  Just like a CEO, you decided on all policies, budgets, and staffing (babysitter) issues.  You called all the shots from top to bottom.  However, when your children blossomed into teenagers, everything began to change.  Instead of being the CEO of your family, your role began to change and you became a salesperson.

A salesperson is very different from the CEO. Back in the office, the CEO wants results – he has invested millions of dollars in inventory and staff, he has investors and a board of directors to answer to and is financially responsible for the entire company.

A salesperson, however, is outside – hired to convince customers of their need to buy the company’s products.  Successful salespeople develop sales techniques that enable them to convince the customer that spending an extra $3000 on the latest stereo system (for example) is important for the customer’s happiness.  A salesperson must be able to close the deal and try to ensure that the customer returns to buy more products in the future.

Parents of teens at risk would do well to shift from being the CEO to being a salesperson in their family.  There’s no doubt that teens can be difficult customers. They develop particular tastes, desires and feelings strengthened by a powerful sense of autonomy and independence.  You know you can’t force them to do what you want anymore.  You may keep on trying and hoping.  You may even beg them to turn out the way you want them to, but they always seem to choose what they deem is important.  In truth, your child, who is now a teenager, has become a picky consumer and you need to learn the skills of a salesperson.

So how are you going to sell your teenager what you want him or her to buy?   Any salesperson will tell you that one of the most important rules in sales is that in order to make a deal you have to first develop a relationship with your customer.  You have to keep the customer engaged and interested in pursuing the relationship. To do this, you need to find ways to assure your customers that you are sincerely concerned about their happiness and well-being.  Of course, a good salesperson knows that you also have to wait for the right moment to sign the deal.  Salespeople need to be patient.  They know that sometimes just being friendly during the first encounter is what brings customers into the store a second or third time until the deal is done.

Do teenagers at risk willfully try to harm or upset their parents or are they simply acting out their pain and pent-up frustrations? As we have learned in previous chapters, teenagers at risk are not just cranky, spoiled or rebellious.  They are dealing with serious emotional issues and are confused about their identity.  Many are angry about their lack of autonomy and their inability to live life the way they see fit.  During this time, parents are tempted to believe that if their teenagers would just listen, their problems would somehow go away.  However, teenagers at risk have a problem that is similar to a physical disease and demands professional attention.

When children are diagnosed with serious physical illnesses, do you think their parents can rightfully blame the children and claim that they are sick because they are lazy, obnoxious, or even selfish? Will the parents fight their children in an effort to make them better? Probably not.  However, somehow when parents deal with teens who have emotional difficulties, they lose perspective and believe their children could change “if they just wanted to.”

Instead of dismissing their teenagers’ emotions, parents need to accept that an at-risk teenager has a type of disease.  It’s not a disease that can be identified in a laboratory or under a microscope, but rather can be classified as a social illness that needs the same amount of attention – if not more – than a serious physical ailment.  Realizing that their child is suffering from an illness can reduce the feelings of anger many parents have.  This allows them to more easily maintain a compassionate stance that helps them deal with the real problems and less with their own feelings of loss of control.

Parents who have one teenager at risk and are unsure of how to explain that teenager’s behavior to the rest of their children should consider telling them that at-risk behavior is similar to a physical illness.  They should tell the children that their sibling is suffering from an illness that needs intervention and that they can help by being patient and loving.

Rabbi Daniel Schonbuch, MA, is a Marriage and Family Therapist specializing in marriage counseling and teens at risk. He is the author of “At Risk – Never Beyond Reach” and “First Aid for Jewish Marriages.” To order a copy, visit www.JewishMarriageSupport.com. For an appointment call 646-428-4723 or email rabbischonbuch@yahoo.com. 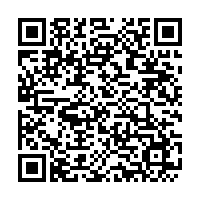