“Only those who dare to fail greatly can ever achieve greatly.” – Robert F. Kennedy

“Success is stumbling from failure to failure with no loss of enthusiasm.” – Winston Churchill

Robert F. Kennedy, Thomas Edison, and Winston Churchill, three men who changed the history of the twentieth century, had something very important to say about failure. Failure, they say, is part of the process of success. In other words, without failure, you cannot eventually succeed. In her book, The Gift of Failure: How the Best Parents Learn to Let Go So Their Children Can Succeed, Jessica Lahey writes about the significance of failure in children’s lives. She explains that early failure and its consequences help children develop a toolbox of skills to gain autonomy and competence for later in life.

Paul Tough, in his book How Children Succeed: Grit, Curiosity, and the Hidden Power of Character, clearly outlines what skills in the toolbox help one gain autonomy and competence. He believes that the best way to get ahead in life is to build character. And, how is character built? According to Tough, by encountering and overcoming failure. And character is just what children need to continue to succeed in the classroom and beyond.

It is just this persistence or perseverance that we need to teach our children. When struggling, we need to push ourselves in order to reach our goal. Like all non-cognitive skills, persistence cannot be taught through a worksheet. As parents, we can be role models for our children and teach them that when things are tough, they still need to keep trying. Setting our own goals (whether they are fitness, educational, or personal goals) and then sharing our triumphs and failures with our children will teach them that it is okay to fail and then keep on working towards a goal. Parents and educators need to model persistence and encourage second, third, and even twentieth tries.

Self -Control. A famous study in the 1960s, often dubbed the “marshmallow study,” tested children on their self-control. The very young children were handed a marshmallow and told that they could get a second one if they waited for the researcher to come back in the room before they ate the first one. Some children ate the first right away and did not receive a second, but others sang or talked to themselves in order to avoid eating the marshmallow. Eventually, when the researcher returned, those children received a second marshmallow. The researchers then followed those children for the next several decades.

What the researchers found astounded them. Those children who had managed to control themselves in order to get the second marshmallow had more successful marriages, careers, and lives in general. The ability to control one’s self and delay gratification allowed them to set goals and achieve them even if it meant waiting a bit along the way. Helping children set goals and then working with them to achieve them is an excellent way to develop self-control. 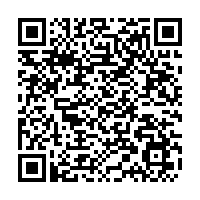