Four years ago, when I began writing about the topic of child molestation, our community had not yet been slammed by the high-profile abuse cases that drew the attention of the local and national media. Thus, the overwhelming reaction by those who discussed the columns with me was sheer disbelief. “Come on, Yankie, aren’t you overdoing it?” they would ask. Others were furious at me for “washing our dirty laundry” in public and for creating a chilul Hashem by writing about these sordid matters in The Jewish Press. Others – even to this day – question the practical value of shining the light of day on these dark corners. “All you do is write these articles. Tachlis! What are you really doing about it?” they ask.

My response has always been – and continues to be – that these essays, painful as they are to write, publish and read, save lives by raising awareness. It is that simple. The more information people have about the dangers and prevalence of abuse, the greater the likelihood that it can be prevented or interrupted – or at least treated very early on when the damage is not as great.


Two phone calls that I took back-to-back one evening last week are proof positive that awareness does, in fact, save lives. The first was from a heimishe young married man who was molested badly over a period of time by a family member. He called to ask what he could do to help him deal with the pain and confusion of the abuse he suffered in his childhood years.

The second was from a frum woman who called regarding her six-year-old son who was repeatedly and inappropriately touching the private parts of the three-year-old child of her friend. She suspected that her son was molested previously and was sadly repeating the behavior.

What both callers had in common was that they read my recent essay, Could it Be True?, about the arrest by federal law enforcement officials of a heimishe man in my hometown of Monsey for allegedly perpetrating horrible abuse on a close family member over a period of 10 years. They had also carefully reviewed my other columns on this subject that The Jewish Press published over the past few months. Armed with the information, they were knowledgeable enough to reach out for help. (I gave both of them referrals to mental health professionals who are trained in the treatment of abuse victims, and they both promised to go for help immediately.)

Hopefully the therapists can help this young man overcome the trauma of the abuse he suffered, and help his marriage evolve from its current precarious state into a healthy and happy one. The guidance of trained mental health professionals will hopefully assist the mother of the six-year-old to break the all-too-common hideous cycle of untreated abuse victims becoming abusers. It is precisely this domino effect that is causing such misery, destroyed lives, drug addiction and even suicides among our beloved children.

Two weeks ago at a social function, I was introduced to – and spent some time with – a handsome, frum bachur who recently returned from an extended stay in a drug rehab facility. He was “clean” for a while, but is starting to slip back to his old habits. In my first conversation with him, I asked him how old he was when he was molested. He asked, “How did you know, Rabbi?” I didn’t respond, just looking at him with knowing eyes. He then informed me that he was repeatedly abused by an adult in his neighborhood when he was eight years old. (With my encouragement, the young man is now working with his parents to report the perpetrator to the authorities.)

The bachur and I spent some time discussing strategies to help him from “falling off the wagon” again and resuming his drug use. In the midst of our conversation, he looked at me with haunted eyes and said, “Rabbi, you know how it is. It [the drugs] is the only thing that really makes the pain go away.”

If the abuse columns I write and disseminate can save even one child from this Gehennom. 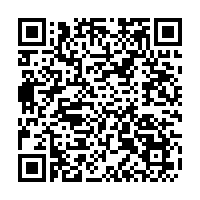