Yitta, a woman is not just beautiful because of her body. Want me to prove it? Who are the women who have achieved longevity in the popular culture? It’s women like Barbara Streisand and Meryl Streep who were never considered to be bombshell beauties. But their electrifying personalities and undeniable talent meant that people retained a longer interest in them than the average Playboy bunny without a brain.

Yitta complains that she attended an evening designed to introduce  hundreds of young women and prospective brides to the mothers of boys who might date them. The girls arrived without makeup. Yitta was shocked. Shocked! How dare they arrive without their faces painted? Don’t they know they have to make an impression?


Well, aside from the dubious practice of having girls sell themselves to prospective mothers-in-law – which has got to be one of the strangest things I have ever read, even in the already super-weird world of Shidduchim in which so many of our children already suffer (after all, is any girl out there really interested in a Momma’s boy who delegates to his mother the responsibility for choosing him a bride?) – there is the simple consideration that perhaps the young women felt relieved that they were actually going to meet creatures with greater depth than some shallow guy. In attending a shidduch event where they would meet Moms, rather than immature men, perhaps they felt relieved that they could actually be themselves. Maybe, just this once, they would be looked on as a man’s equal, someone who is judged by how much she has developed her intelligence and emotions, rather than bust size, cheek bones, and leg length.

Alas, it was not to be. Even the women, even the mothers, have had their ideals corrupted. And if these are the values with which orthodox Jewish mothers are today raising their sons, then it’s no surprise why their sons are so shallow, immature, and lost.

God help us all. 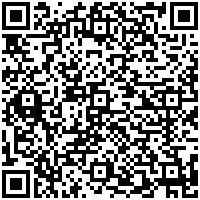