Israeli Aliyah and Absorption Minister Penina Tamanu-Shata told Rabbi Michael Freund in a recent meeting that she is moving ahead with plans for another 722 members of the Bnei Menashe community of northeastern India to move to Israel.

Over the past two decades, Freund – founder and chairman of Shavei Israel – has been at the forefront of efforts to help Bnei Menashe, who claim descent from one of the Ten Lost Tribes, return to the Jewish people. Indeed, thanks largely to Shavei Israel’s efforts, more than 4,000 Bnei Menashe are now living in Israel.


Freund, who grew up in New York, is a graduate of Princeton University, holds an MBA from Columbia University, and has co-authored two books.

The Jewish Press: Who exactly are the Bnei Menashe?

Rabbi Freund: They are descendants of the tribe of Menashe, one of the Ten Lost Tribes that were exiled from the Land of Israel more than 27 centuries ago by the Assyrian Empire. They currently reside in the northeastern part of India, primarily in the state of Mizoram and Manipur, along the borders with Burma and Bangladesh.

Despite wandering in exile for so long, they never forgot who they were or where they came from and they never forgot where they one day hoped to return: Zion. Incredibly, despite being cut off from the rest of the people of Israel for generations, they clung to their identity, continued to practice Judaism, and never lost faith that they would eventually be reunited with the rest of the Jewish people.

How many Bnei Menashe are there, and what kind of Judaism do they practice?

Thus far, we have been blessed to bring more than 4,000 Bnei Menashe on aliyah to Israel, and there are still another 6,500 in India waiting to come. The Bnei Menashe are spread out in more than 50 communities throughout northeastern India, each with its own synagogue.

For centuries, they practiced a Biblical form of Judaism, observing the Sabbath, keeping kosher, celebrating the festivals, and following the laws of family purity. They were still performing the sacrificial rites too when they were discovered by the British over a century ago.

Interestingly, they were not aware of either Purim or Chanukah, both of which commemorate events that took place centuries after their ancestors were exiled. In the 1980s, when they first made contact with the late Rabbi Eliyahu Avichail of Jerusalem, they embraced contemporary Orthodox Judaism, which they practice faithfully until today.

I have visited their communities numerous times in India, and it is truly a remarkable sight. The men all wear yarmulkes and many have tzitzit dangling from underneath their shirts, while the women dress modestly.

How did you first become involved with the Bnei Menashe?

I made aliyah from New York in 1995, and when Benjamin Netanyahu was elected premier in 1996, he appointed me to serve as his deputy communications director in the Prime Minister’s Office under David Bar-Illan, of blessed memory.

One day, in the spring of 1997, a small orange envelope arrived addressed to the prime minister from the leaders of the Bnei Menashe community. It crossed my desk, so I opened it and read the letter. It was a very emotive appeal, asking that the Bnei Menashe be allowed to come back to Israel after 2,700 years.

To be honest, at first I thought it was nuts. But there was something very sincere and heartfelt about the letter, so I chose to answer it. Then, once I met with members of the community, learned more about their history, traditions, and customs, I became convinced – as fanciful as it may sound – that they are in fact our lost brethren and that we needed to help them.

So I began to fight through the barriers of bureaucracy and arranged for large groups of Bnei Menashe to make aliyah.

Does everyone accept them as Jews?

I approached Israel’s Sephardic Chief Rabbi Shlomo Amar in 2004 and asked him to study the matter. After doing so, at a meeting in March 2005, Rabbi Amar declared that the Bnei Menashe are “Zera Yisrael” – or, descendants of Israel as a collective group – but that because they were cut off from the rest of the people of Israel for so long, each individual would have to undergo a formal conversion process, which is exactly the procedure that is followed.

All 4,000 Bnei Menashe in Israel have been converted by Israel’s Chief Rabbinate, so they are just as Jewish as you or me.

It’s fascinating that a group cut off for so long is now returning to Israel.

Just open any of the books of the Prophets, and you will see that they all speak of the ingathering of the exiles including Judah and Israel – meaning, the Ten Lost Tribes of Israel. Isaiah says, “And it shall be on that day that a great shofar shall be sounded and those that were lost in the land of Assyria shall come” (27:13). This is an explicit reference to the tribes that were exiled by the Assyrians.

And in Jeremiah (3:18), Hashem promises, “In those days, the house of Judah shall walk with the house of Israel and they will come together from a land in the north to the Land I gave your ancestors as an inheritance.”

The return of the Bnei Menashe, who are descendants of the house of Israel, is the beginning of the fulfillment of these millennial-old promises. Hence, I believe that it is a significant step forward in the redemptive process.

How would you describe their absorption into Israel society?

Thank G-d, overall, it has been an success. Most Bnei Menashe immigrants have at least a high-school diploma, some have degrees from Indian colleges and universities, and many speak English. They all have smartphones in India, so they are familiar with Western ways and follow the news in Israel closely.

All young men in the community serve in the IDF, with many volunteering for elite combat units. A growing number of young people in the community have graduated from Israeli colleges with degrees ranging from social work to engineering, and some young men have received rabbinical ordination.

Obviously, as new immigrants, they face many challenges, but the Bnei Menashe are committed Zionists and observant Jews and they’re determined to make it work.

When will the next group of Bnei Menashe be making aliyah?

In my recent meeting with Aliyah and Absorption Minister Penina Tamanu-Shata, she made clear that we should begin preparations to bring the first group of 250 immigrants out of the total of 722 that have been approved, in November. The remainder will come in 2021. But it depends, of course, on funding.

According to the arrangement with the government, Shavei Israel must cover various costs, such as airfare and transportation of the Bnei Menashe from India to Israel, which amount to $1,000 per immigrant. So we need to raise the necessary funds.

In addition to the Bnei Menashe, you work with other “lost” communities as well. Can you tell us a little about them?

I founded Shavei Israel with the aim of reaching out to lost tribes and hidden Jewish communities and helping them reconnect with their roots. In addition to the Bnei Menashe of India, we have worked for many years with the Chinese Jews of Kaifeng, China; the Bnei Anousim (or “Marranos”) of Spain, Portugal, and South America; the hidden Jews of Poland from the Holocaust; the Subbotnik Jews of Russia, as well as others.

We do this because I feel that we have a historical, moral, and religious responsibility to assist those who were once part of our people to return. As we know, the Jewish people were persecuted and tortured, massacred and expelled more than any other nation on earth over the past 2,000 years. Along the way, many people were torn away from us, yet they somehow managed to preserve a sense of Jewish consciousness or connection.

And in recent decades, a growing number of Jewish descendants have been knocking on our collective door, looking to reconnect with the Jewish people. After everything that their ancestors endured – whether at the hands of the Inquisition, the Communists, or the Nazis – how can we possibly turn our backs on them? 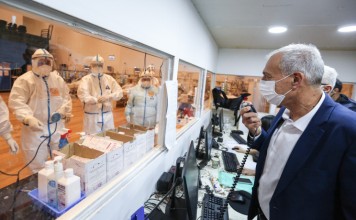 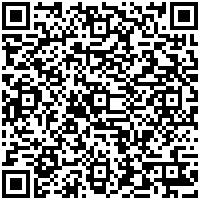