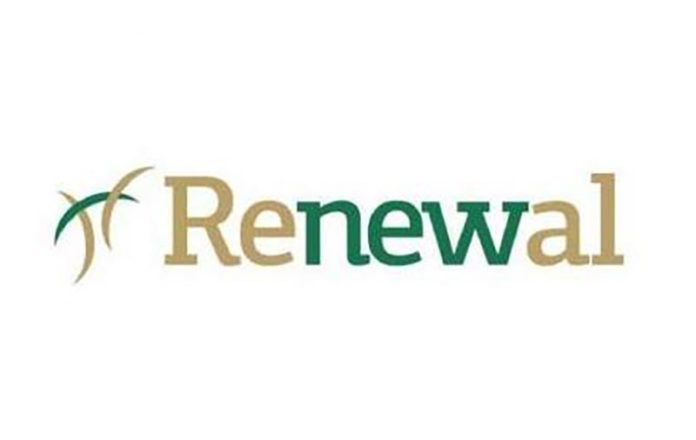 There is no doubt that when he offered to help a relative stranger who needed a kidney, Mendy Reiner never thought that one act would evolve into an organization that would go on to facilitate 500 transplants over the next 12 years.

But as is true of the origins of so many organizations, Reiner’s efforts to help his fellow man blossomed beyond anything he could have ever imagined, ultimately evolving into Renewal, which has become the go-to destination within the Jewish community for all things kidney-related.


Striking up a conversation with an individual who was clearly not well as he waited to speak with a visiting Israeli rabbi, Reiner learned that the father of five suffered from kidney disease and without a transplant his situation appeared hopeless. Unwilling to just let the matter drop and go on with his day, Reiner took out an ad in a Jewish newspaper, something that may seem commonplace now but was unheard over a decade ago.

“I didn’t think anything would happen, but more than 25 people called to find out more and I got calls from other people who were also in a similar situation,” Reiner told The Jewish Press. “It showed me that the need was there but that the solution was out there as well.”

It took time for the wheels of progress to turn, but by 2006 Reiner had Rabbi Chaim Steinmetz devoting half a day to arranging Renewal’s first transplant. Buoyed by the success of giving a 21-year-old Israeli man a new lease on life, Reiner set his sights on what he thought was an ambitious goal: arranging two successful transplants for the year 2007.

“I thought that that would be an out of the park home run,” said Reiner. “I remember dreaming of 20 or even 50 transplants a year and wondering how high we could go and slowly but surely we got there. There were 81 last year and this year we are on target for 100 transplants.”

“There are other organizations that match up kidney donors and recipients but there is no one who does what we do,” explained Sturm.

Renewal goes all out for those who reach out to them in the hopes of getting a new kidney, helping them create flyers and use social media and other methods in their search for potential donors should they be unable to find a match among their friends and family.

“The reality is that there are more than 96,000 people waiting for kidneys and when we meet with them, we have to explain that we don’t have a refrigerator filled with kidneys waiting to be donated, so we help them market themselves,” explained Sturm.

Renewal never recruits potential donors, but when calls come in from those contemplating kidney donation, they answer questions and put callers in touch with previous givers. Individuals who decide to take the next step are escorted through the process without ever being influenced about a possible donation in any way. Taking advantage of its solid relationships with hospitals experienced in kidney donation, Renewal schedules appointments and streamlines evaluations into a single day.

“We work with hospitals that share our philosophy that donors are heroes who should be treated as such,” explained Sturm. “No one should every have to wait three or four hours just to have their blood drawn.”

Once a recipient matches with a donor and a transplant is scheduled, Renewal continues to give donors VIP treatment.

“We are there on the day of the transplant, sitting with the family and holding their hand the entire time,” said Sturm. “We stay in touch even beyond the transplant because they are family now.”

Renewal runs awareness and education events throughout the country dedicated to understanding kidney donation without any fundraising pitches or pressure to donate. The goal is simple: normalizing the idea of kidney donation.

Sturm estimated the odds of a donor matching one of the approximately 400 people on Renewal’s transplant list at 100 percent. But despite those encouraging odds, those in need of a transplant don’t have it easy.

“The sad reality is that for every donor we have, we add two more people to our transplant list,” said Sturm. “We did 81 transplants last year, but we added 150 patients to our list.”

“At 75 years young, Ruth was our oldest donor, and a Holocaust survivor as well,” noted Sturm. “If there was ever a person in the history of mankind who could have said ‘I have done mine already,’ it was her, but she still wanted to do this.”

Most, but not all, of Renewal’s donors and recipients meet after their transplant and Renewal is happy to facilitate that encounter if both parties are interested.

“We have seen every possible permutation of chassidim, Modern Orthodox, non-religious, Sefardim and Ashkenazim – you name it,” said Sturm. “Whatever combination you can think of has happened here and they become like family.”

But even having reached the 500 transplant milestone in July, Reiner is still looking to increase his numbers.

“Unfortunately, we still have hundreds of people waiting and we are registering more recipients all the time,” said Reiner. “If we had more funds and could hire more staff, just imagine how much we could accomplish. The story of Renewal is bigger than any one person and we only hope we can continue doing more because there are so many people who need our help.”

To learn more about becoming a kidney donor, e-mail swab@renewal.org.