Most of us think Orthodox Jewish life in pre-war Eastern Europe was rather monolithic. We all know there were chassidim and misnagdim, but few of us are aware that there were many other distinctions among Orthodox Jews.

For example, a great many of the communal rabbis in Poland and Lithuania were sympathetic to Religious Zionism rather than Agudath Israel. Some Polish rabbis were even college-educated. Many Orthodox schools offered substantial secular training including the Orthodox school network in independent Lithuania and Latvia.


In the realm of higher yeshivot, we have been led to believe that they taught nothing other than Torah. On the whole, that’s true, but there were several important exceptions. Yeshivot in Lida and Kelm, the Mesivta in Warsaw, the Takhkimoni in Warsaw, and several others offered secular studies degrees of varying sorts.

In my reading, I recently came across a fascinating example of another such yeshiva in Marmorash, an area in northeast Romania with a large Jewish population spread out among many small shtetlech. The largest city was Sighet; other important towns were Oberr Vishui and Sellish. Most of the Jews in Marmorash were of Polish Galician extraction and affiliated with various chassidic groups.

The largest was Vishnitz followed by Sighet, Spinka, Belz, Sanz, and various Vishnitz offshoots like Borsha and Vishui. Still others saw the various Nadvorna Rebbes as their guides. The most prominent rabbi was the rav of Sighet, who also was the Rebbe of the Sigheter chassidim.

This position had been held for several generations by rabbis of the Teitelbaum family who possessed both scholarship and charisma. Unlike most other Rebbes, they also headed a large yeshiva in Sighet, which added to their prestige.

In 1927, Rav Chaim Zvi Teitelbaum died at a fairly young age, orphaning Sighet of their rav and the chassidim of their Rebbe. Soon afterwards, the widow and other family members proclaimed the oldest son, Yekothial Yuda – who was 14 – as the new Rebbe and rav-to-be upon marriage. In the meantime, a beis din was to run the religious life of Sighet.

Rabbi Nachum Hersh Kahane was appointed the tutor to the new Rebbe and later assumed the role of gabbai of the young Rebbe of Sighet.

This transition went fairly smoothly although many Sigheter chassidim switched loyalty to Chaim Zvi’s younger brother, Rabbi Yoel Teitelbaum, then rav in Krole. Even then, the future Satmarer Rebbe was known to be a major scholar, leader, and saintly personage.

The leading light of the Sighet beis din was Rabbi Yekothial Yuda Gross of Berbesht, a Teitelbaum cousin. Seeing the poor economic condition of Marmorash Jewry, Rav Gross enacted changes in the yeshiva he headed and established a weaving school to train some of the bachurim in this art.

About 20 percent of the student body took weaving courses and attended daily courses in addition to their yeshiva sedarim. Profits made from the sale of finished products went to the students to help cover their future marriage costs and expenses of starting weaving shops. These courses seem to have had a modicum of success.

In the late 1930s, Rav Gross wanted to expand the curriculum to include watch repair, carving, and agriculture, but the annexation of Sighet by Hungary and subsequent anti-Jewish decrees put such dreams on hold.

When Rav Teitelbaum reached maturity, he expressed doubt about the value of this program but did nothing to end it.

This program, known at first as “Torah and Derech Eretz” and later as “Toras Chaim,” was the only such program in greater Hungary, and Rav Gross was called the “Red Rabbi” because of his support of labor training.

In spring of 1944, all came to an end as much of Hungarian Jewry was deported by Nazi Germany to Auschwitz. Rabbis Teitelbaum and Gross were both killed. Rav Teitelbaum’s younger brother, Rav Moshe, became the Satmar Rebbe in 1980 following the death of his uncle, Rav Yoel, in 1979. 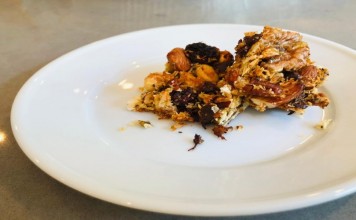 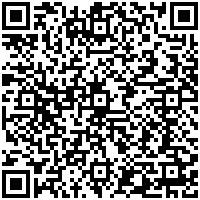