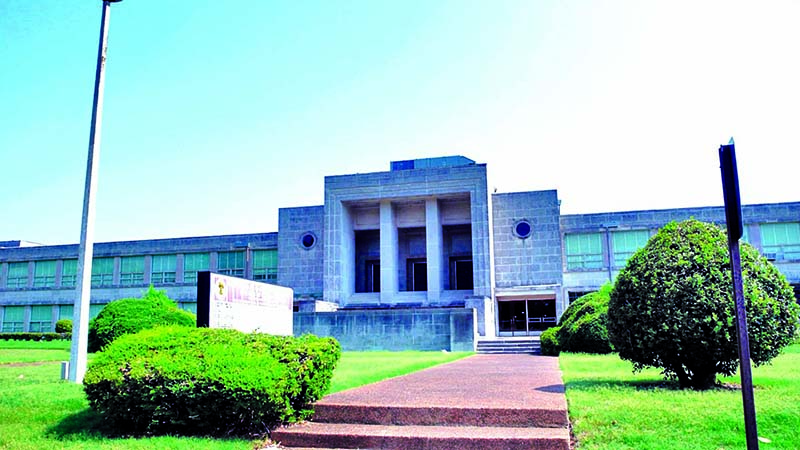 At a general membership meeting in January 1945, a resolution was passed authorizing the Board of Directors to construct a new building at a cost not to exceed $500,000. In 1947, it was reported that there were 400 children enrolled in the Sunday School and 170 students in the Talmud Torah. By 1950, the membership had grown to 900 families.

The groundbreaking for the new educational building in August of 1950 included prayers beseeching Hashem’s help in creating a “House of God and Gateway to Heaven.” The educational building was completed in 1952 and shortly thereafter, there were 650 students enrolled in ten grade levels. It was also during this time that the congregation had collected $52,000 for a Jewish Youth Center. This money was turned over to the organizers of the Jewish Community Center on the condition that the JCC serve kosher food and be closed on Shabbos.

The site chosen for the new building was on fourteen acres in midtown Memphis on a former golf course in the Vollintine Hills area (now the Vollintine Hills Historic District). The building included the main sanctuary with 2,200 seats, a youth synagogue with 500 seats, and a Beth Medrash with seating for 120. The majestic building was a sight to behold. Walking up to the synagogue, approaching any of its grand entrances, gave a smidgeon of the aura that one must have felt approaching the Bais HaMikdash. If ever kedusha could have seeped out of architecture and been inspiring from the grandeur alone, it would be the mikdash of the Baron Hirsch Synagogue.

The walls were of walnut and plaster; the ceiling had acoustical tiles with six gold stars randomly placed on the blue ceiling to represent the sky and the heavens. Twelve stained glass windows provided illumination and revelation: the Flood and Rainbow, Stars (Avraham’s search for Hashem among the heavenly bodies), Ladder (Yaakov’s dream), Burning Bush, Torah Scroll, Two Hands (the Priestly blessing), Eternal light, Menorah, Two Shofars, Crown, Pillars (two pillars of King Solomon’s Temple), and Israel (a map of modern Israel.) All twelve windows were duplicated on the opposite side of the sanctuary.

I spent my childhood Yomim Tovim sitting with my mother, two sisters, and Bubba Schwartz and Bubba Lazar taking in the physical and spiritual magnificence of the shul. Sitting in the upper level that surrounded the sanctuary on three sides in plush theater seats in the ezras noshim gave a birds-eye view of the throngs of men below swaying with their taleisim in what appeared to be a sea of white robes. When the Kohanim would approach the bimah for duchaning, one couldn’t help but feel transformed by the kedusha of dozens of men standing in front of the brass doors protecting the Holy Ark, blessing thousands of Jews praying to our God, the same God whose stories were depicted in the stained glass windows above.

I went to Sunday School every week from first grade through seventh. For three years prior to my bas mitzvah, I also went to classes on Wednesday; attendance at the youth minyan every Shabbos was mandatory. After Shabbos services, my family would walk to Bubba and Papa Lazar’s house for traditional Shabbos lunch. After driving back home to East Memphis, I would usually go to the movies or shopping with my girlfriends. The girls in my bas mitzvah class who lived within walking distance to Baron Hirsch went to a different public school than those of us who lived out East, so they weren’t my social friends. Since everyone I knew had Saturday activities similar to mine, I never understood what being a Shabbos observant Jew really meant.

This skewed definition of being an Orthodox family was also reflected in the need for Baron Hirsch to have policemen as parking attendants to help the several hundred cars in the parking lot on the holidays. Or by the long line at Pete & Sam’s for pizza break-fast on Yom Kippur. I later redefined my Judaism as being “Southern Orthodox.” Subsequently, I reclassified myself as having grown up attending an Orthodox synagogue. While I now consider myself to be part of the baal teshuva movement, the spark of Torah was kindled by the magnificence of Baron Hirsch and was easily reignited later. I know of other classmates who have also been blessed with return to Torah observance.

The members of Baron Hirsch were a part of the original group worshipping together in 1853. The inspiring building I davened in served the Orthodox community from 1957 until 1988 with a final cost of $1,600,000. Its dedication in 1957 was the impetus for the Sam Shankman book.

This time period covered the sons of Baron Hirsch members serving in wars, including the American Civil War, the Spanish American War, World Wars and I & II, and the Korean War. A particularly tragic story of a true Baron Hirsch talmid chacham was David Shainberg. David was a student in the Sunday school, leader in the Talmud Torah and the Junior Congregation, and was the youngest member of the Board of Trustees. His devotion to learning led him to study Torah in our Holy Land. He was murdered in the Chevron Massacre in 1929.

These years also covered Prohibition, Women’s Suffrage, Jim Crow Laws, The New Deal, and the Ku Klux Klan uprisings. While the Klan established a Memphis chapter in 1921 and tried to intimidate the Jews, there were no specific incidents of anti-Semitism recorded; however, there were newspaper articles that referenced “the Jew store” or of a Jew ascribed to as “from the ancient race.” In my public school days of the 1950s, I was snickered at as “Jewish Judy” and many elementary students tried to save me from “hell.” But that was part of growing up in Memphis where my high school in 1969 was still segregated and bathrooms were labeled as “boys”, “girls” and “colored.” Our water fountains had signs designating “white” and “colored.” Both designations were for “the help” as non-white students were not allowed.

The most renown Memphian from Baron Hirsch was probably Abe Fortas who graduated from Yale Law School and became the Undersecretary of the Interior in 1942, and was later appointed by President Johnson as a Supreme Court Justice. While there were other prominent members involved in commerce and community, it was the devotion to the Baron Hirsch Synagogue and the Torah ideals it espoused that propelled many congregants to material and spiritual success.

The founding members passed on the mesorah to their families and fellow congregants. I now live in South Florida and know of several Floridians whose parents and grandparents were at the groundbreaking. Baron Hirsch’s current rabbi, Rabbi Binyamin Lehrfield, has a sister-in-law from an esteemed rabbinic family in Miami who is a native Memphian and hails from one of the original dynasties. Many of the founding families have descendants who have moved to Israel, NY, and other states; however, there are many who remained in Memphis. The Belz family for example came to Memphis in 1904 and can count six generations attending Baron Hirsch. Moses Alperin came to Memphis from Kiev in 1881 and gave Baron Hirsch its first Torah. The Alperin/Fortas families can also count six generations of Baron Hirsch membership. The Shankman, Perez, Margolin, and Cooper/Thomas descendants as well as others have similar bragging rights.

As more of the members began moving to East Memphis for newer and more luxurious housing, there was a compelling need to relocate the Baron Hirsch Congregation. In 1988 a new Baron Hirsch Synagogue was built on the grounds of the estate of the music legend Isaac Hayes.

The grand Baron Hirsch edifice on Vollintine was eventually sold to a church. Reminiscent of the destruction of our Holy Temple, the Baron Hirsch that became world renown for its extraordinary elegance sits abandoned. Through all of the history recounted in these two articles on the Baron Hirsch Congregation, including the history of Jews coming to America and the Jews who founded and populated Memphis, the one constant unchanged by history is our Torah. The founders of the Baron Hirsch Congregation knew that adherence to the Torah and the education of the children was the critical element in the fight against assimilation. The Torah of our ancestors is the same Torah that was placed in the Aron Kodesh at each of the Baron Hirsch locations from 1853 until today.

The dedication of the Baron Hirsch Synagogue on Nov. 29 – Dec 1, 1957 was attended by rabbis, dignitaries, and many of the 1,000 members; each was presented with a copy of Sam Shankman’s book “Baron Hirsch Congregation from Ur to Memphis.” This book, like our mesorah, has been handed down dor l’dor. 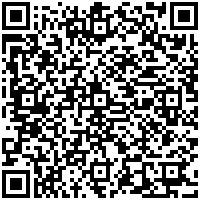