(Part Three) The outward orderliness of the new circumstances of life was not without inner quakings of a spiritual crisis. Mixed marriages were extremely frequent in the southern and western states, where Jews were sprinkled in among the Christian populations. They came to about a third of the marriages Jews entered. But after 1881 the picture changed, with the flood of Jewish immigrants into New York. From 1908-1912, only 1.17 percent of marriages involving Jews were mixed.

How tiny that number is can be understood by comparing the rate of Jewish intermarriages in other places: In 1927, over 64 percent of Jewish marriages in Berlin were mixed and in Trieste there were 255 mixed marriages as opposed the 100 marriages between two Jews.

The Jews [Translator’s Note: at the time Wischnitzer was writing the book] live in 2,477 large and middle-sized cities and in 7,235 communities in the open lands. There was a long interruption in immigration because of the [First] World War but picked up again after the war. In 1921 alone there were 119,000 immigrants, 15 percent of the total immigration in those years. These immigrants came mainly from eastern Europe. [According to at least one study] of the 4.2 million Jews who were counted in the United States in 1927, a good 3.5 million of them were either born in eastern Europe or came from parents who were. The 500,000 Jews of German origin were mostly born outside the United States, and many of these families were of an age to look back with longing to the old homeland.

Today one can hardly imagine that in the 19th century, agents for the United States were required to solicit immigrants with advertising. In 1921, a quota law was introduced, whereby immigration was set at 3 percent of the total population, and according to the fraction of any given population group present in the United States in 1910. This allowed for an immigration of 358,000 in 1921, but in 1924 the quota fell to 2 percent and was required to reflect the population distribution of the year 1890, so immigration fell to 165,000. Although Jews were registered as members of the Jewish nation upon their arrival, the quota numbers reflected their respective countries of origin.

The number of immigrating Jews between 1925 and1930 shows on average to have been 11,000 per year. (The “quota year” ran from July 1-June 30 of the following year.) In 1930/1931, the number fell by half, to 5,692, and in 1932/1933 again by half, to 2,372, all of which was a result of the economic crisis in the United States and the immigration policies of President Hoover. The main factors governing his policies were the relative economic capacity of the land and the financial status of sponsoring relatives already in the United States.

The Jewish immigration into the United States from 1900-1930, shows the following distribution: 647,000 qualified workers and artisans and 342,000 members of various professions – merchants, tradesmen, day-laborers, household help, etc. There were also 21,000 immigrants of “free” professions.

In 1888 the first Jewish trade union was organized, the United Hebrew Trades. In 1914, the Amalgamated Clothing Workers of America – a union of ladies’ garment workers – was founded as an independent organization. At the time it was the biggest trade union in America, with 150,000 members, including non-Jews. 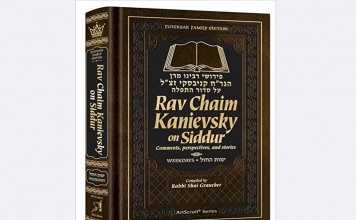