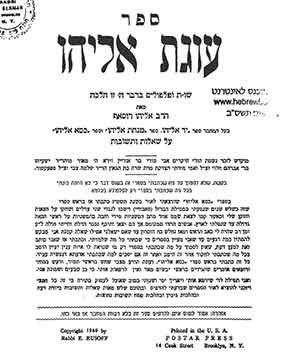 A pair of works by an American rabbi I acquired this week tell an interesting tale. Rabbi Eliyahu Rusoff was rabbi in the Bronx for many years, and authored several interesting works, mostly Responsa. In 1952 the rabbi was riding on the subway, and two non-Jews seated facing him were poking fun at his peiyot and beard. As they got up to leave the train, one of them took the Mishnah volume he was holding and hit him on the head with the book, hitting him so hard that he fell down. They escaped, and the rabbi spent the next years in pain, with headaches and loss of memory.

The author printed this story that happened to him on the title page of every book he published after this event, stating that you cannot rely on anything written in the book for practical purposes as his memory is now failing and the doctors do not want to attempt to heal him as he is 78 years of age.

Rabbi Rusoff had an interesting style of writing – when he was quoting or responding to what was written in another book, he often quoted the entire portion word for word, often several columns long. At times, it is hard to tell where the quote ends and his comments on it begin. 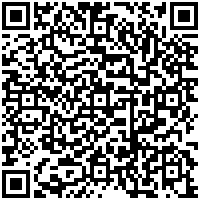