One of the most exciting features of camp is the Color War breakout. Some breakouts are smart, others are silly, but they all make for fun conversation and hopefully fond memories. Below are short recaps of how Color War was broken out at various camps this year as per the recollections of campers and staff members.

It began with cake-decorating competitions as part of a “bake off”-themed week. Campers were told the winners would be chosen the following Monday. On Monday, each division head went up to the stage to share the winning cakes. Instead of holding the winning cakes, though, they held cakes that together spelled “C-O-L-O-R W-A-R.”

The counselors announced that everyone should go to the shul. They told the campers they were going on a grand trip for the next two days. Everyone packed up and waited, but the busses took a long time to arrive. Finally, a single van showed up and a staff person jumped out and said “Color breakout, everyone go to the shul!”

Later, in the regular dining room, nearly 300 campers with their faces painted faced away from the entrance. When the counselors came in, they turned around and surprised them by announcing Color War.

Israeli DJ Raphi – a popular figure with the campers as he had visited the camp the previous year – did a special kind of dance after which Color War (or Gibu Shon as it’s called at Camp Moshava) was announced.

One of the counselors – a big, strong, slightly wild individual – started to get violent during a basketball game. He continued getting rowdier and rowdier until he finally got into a fistfight and seemed to beat someone up until he was nearly unconscious. An EMT came and rushed the guy out, whereupon Color War was announced.

Early on in the summer, every division made a music video. One Motzei Shabbos, the videos were shown, and in the middle of one of them, there was some kind of computer trouble. Suddenly the video switched to a head counselor talking about throwing a kid out of camp for doing something wrong and then suddenly the video regular video started playing again. This occurred several times until the head counselor asked, “What was the student’s name again?” and answered “Color Wars 2019!”

During the Nine Days, the staff announced one evening that the cook had accidentally made a fleishig meal instead of a milchig one. Everyone would therefore have to listen to a siyum by the camp’s rabbi. The rabbi actually made a siyum, and when he was done, the staff screamed, “Color War!”

The whole camp went to Hershey Park. At the end of the day, jets flew overhead dispelling blue and green smoke. When everyone arrived at the buses to head back to camp, they saw the words “Color War Breakout 2019” written on the sides of the buses along with the team names. The team colors were blue and green.

The whole camp was brought to a hill called Back Bear Mountain covered in little lights. Popular singer Mordechai Shapiro appeared out of smoke, did a concert, and then broke out Color War.

Some staff members were joking around with each other, but then pretended to get upset and a feud broke out. Simultaneously, campers were watching a magic show, but the magician clearly had no clue what he was doing. Meanwhile, the feud escalated into a full fight until Color War (or “Field Day” in this camp) was announced.

Everyone in the camp was asked to pack provisions for two or three days as they had to leave the camp grounds due to numerous violations of state codes and walk to new camp grounds. Of course, they didn’t have to go anywhere. It was a Color War. 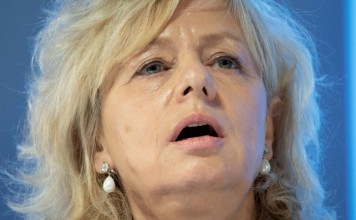 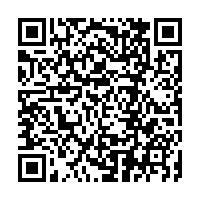