One exciting find in a prominent rabbi’s collection which I acquired this week was a first edition of a trailblazing and revolutionary work on Jewish education whose influence has only continued to grow since its publication in 1932.

The volume, a first edition of Chovat Hatalmidim, was authored by R. Kalonymus Kalman Shapira, the admor of Piaseczno and author of Eish Kodesh among other seminal works. 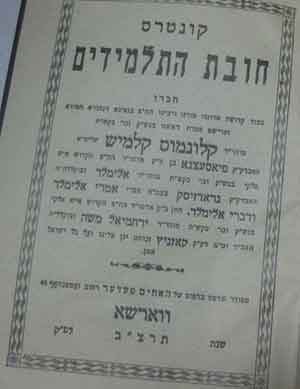 In a break from the traditional old school methods of education prevalent in Eastern European Jewish communities at the time, the Eish Kodesh wrote the Chovat Hatalmidim as a collection of essays aimed at teenagers and educators. A keen observer and master educator, the author describes the dire straits and danger in the future of Jewish education in the inter-war period in Eastern Europe, where the allure of the secular world and its culture was devastating the youth and the future of the Jewish community was in danger.

As a product of his chassidic beliefs and his world-view, the Eish Kodesh argued that the old education methods, including rote learning and physical and firm disciple, will only make matters worse. Rabbi Shapira argued that a child must be imbued “with a vision of his own potential greatness” and be enlisted “as an active participant in his own development.” Likewise, teachers “must learn to speak the language of the student, and graphically convey the delights of a life of closeness to G-d.”

He encouraged a positive encouragement rather than punishment as a tool for educating the youth. In 1943, the Eish Kodesh was murdered by the Nazis and Eastern European Jewry ceased to exist, but his legacy remains and much of his teachings are implemented and prevalent in Jewish schools throughout the world, where his teachings are studied and practiced until this day. 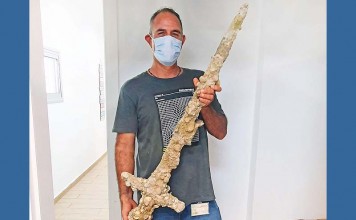