According to a well-established World War II military tradition, Jewish soldiers would surrender their privileges to their non-Jewish comrades, including much-valued weekend passes, so that they could celebrate Christmas and Easter. In turn, non-Jewish soldiers were expected to serve in place of their Jewish compatriots who were furloughed to observe the Yomim Noraim and Pesach. However, the burden of this arrangement obviously fell far more heavily on the Jewish soldiers and staff, whose numbers constituted only a very small percentage of the aggregate U.S. armed forces.

Perhaps even more than Rosh Hashanah and Yom Kippur, Jewish soldiers who had exhibited no interest in attending Jewish services throughout the year eagerly sought furloughs for Passover so that they could attend a Seder. Many young Jewish soldiers who were away from home for the first time found that attending a Seder provided an important emotional link to familiar traditions of home and family.

The Jewish Welfare Board played a particularly important role in facilitating Passover observance by, among other things, organizing sedarim for Jewish soldiers. In the United States alone, over 100,000 Jewish servicemen were guests at more than 300 sedarim, with thousands of others invited to private homes to share a Seder with a family.

One can only imagine how intensely meaningful and joyous it must have been for Seder hosts during World War II to recite from their haggadot the words Kol dichfin yeitei v’yeichul, Kal ditzrich yeitei v’yifsach (“whoever is hungry, come and eat, whoever is needy, let him come and share in the Pascal sacrifice”) with an American soldier, a complete stranger fighting against the Nazis, sitting at their table. In many instances, the enthusiasm of Orthodox soldiers at being able to participate in a Seder inspired their non-observant hosts to rediscover their Jewish traditions and to become more interested and knowledgeable about Judaism.

Throughout the war, the JWB also made a monumental contribution in addressing one of the great challenges in enabling Passover observance by American troops: locating Passover supplies, including specific foods required for the Seder, most prominently kosher wine and matzah. The JWB was instrumental not only in locating such supplies, but also in distributing them to the troops – including some fifty tons of matzah sent to troops overseas in 1945. Many military commanders sought to accommodate their Jewish troops to the greatest possible extent but, in many instances, it was simply impossible, given wartime limitations. In American Jewish History: A Primary Source Reader (2014), Gary Zola and Marc Dollinger note that “overseas, the cooperation of the War Department and the Chaplain Corps made it possible for almost any Jewish soldier to observe Passover.”

Thus, in the April 11, 1941 correspondence on War Department letterhead pictured with this column, Secretary of War Henry L. Stimson writes to Rabbi Louis Wolsey about granting furloughs to Jewish soldiers for Passover:

Receipt is acknowledged of your letter of April 9, 1941, with reference to the Jewish boys at Indian Gap, Pennsylvania, being granted a furlough for the Passover holiday.

Instructions have been issued to the effect that furloughs may be granted to members of the Jewish faith for such time as is necessary to allow them to be at their homes, when practicable, or at places where Seder celebrations are held, from noon of Friday, April 11, 1941, until midnight of Sunday, April 13, 1941, provided no interference with the public service is occasioned thereby.

The actual granting of furlough is a matter coming within the jurisdiction of local commanders, but you may be assured that all requests will be carefully considered and as many as practicable will be approved.

Fort Indiantown Gap was first established by Pennsylvania in 1931 as the primary                   training base for the Pennsylvania National Guard. At the beginning of World War II, the state leased the land to the U.S. Army for a training base, and more than 150,000 troops in eight divisions – including, apparently, a number of Jewish servicemen – received intense military training there before being shipped out to fight overseas.

While blatant anti-Semitism offended Stimson’s conservative sensibilities, and he did not belong to any of the anti-Semitic groups active at the time in the United States, he was no friend of the Jews. He repeatedly urged Roosevelt not to let Jewish war refugees into the United States and he opposed efforts to persuade the British to lift their restrictions on immigration to Eretz Yisrael. He was vehemently opposed to the creation of Israel, played a decisive role in dissuading Congress from voting for a Jewish Palestine, and viewed a Jewish state as a threat to American interests in the Middle East. He played a key role in FDR’s decision not to disrupt the mass extermination of the Jews by bombing the deportation railways leading to Auschwitz.

When Harry Truman was elected president, Stimson warned him about the “danger” of American Jews interfering with American post-war German policy. Concerned that an extended de-Nazification program could drive Germany into the Soviet camp in the new cold war, he opposed punishing Germans for their Holocaust crimes. He also refused to accompany Truman to the Potsdam Conference (1945) – where the victorious Allied leaders met to decide how to administer the defeated Nazi Germany – unless the president promised that neither Henry Morgenthau, whom Stimson believed was “dangerous” because he was “biased by his anti-Semitic grievances,” nor any other Jew would be a part of the American delegation. He wrote in his diary that “the objective of punishment is prevention, not vengeance…reason why Jew is disqualified.” Truman apparently agreed: no Jew served on the American Potsdam delegation.

Stimson (1867 – 1950) was an American statesman, lawyer, and Republican Party politician and spokesman on foreign policy who twice served as secretary of war, first under Republican William Howard Taft and later under Democrat Franklin D. Roosevelt, in which capacity he was a leading hawk calling for war against Germany.

During World War II, he took charge of raising and training 13 million soldiers and airmen, supervised the spending of a third of the nation’s GDP on the army and the air forces, helped formulate military strategy, and took personal control of building and using the atomic bomb. He served as governor-general of the Philippines and, as secretary of state under President Herbert Hoover (1929 – 33), he articulated the so-called Stimson Doctrine, which declared American opposition to Japanese expansion in Asia.

A lifelong supporter of pragmatic idealism and nonpartisan internationalism in American foreign policy, he believed in international cooperation as well as a strong defense policy.

Rabbi Wolsey (1877 – 1953) earned a degree from the University of Cincinnati and, after completing his training for the rabbinate at Hebrew Union College, was ordained by Rabbi Isaac Mayer Wise, earning both degrees in 1899. After ordination, he served in various pulpits, first at Congregation B’nai Israel in Little Rock; then at Congregation Ansche Chesed (Euclid Avenue Temple) in Cleveland; and finally at Congregation Rodeph Shalom in Philadelphia. He was a founder of the World Union for Progressive Judaism (1926); served as chairman of the committee that revised the Union Hymnal (1936); and held many high positions with the Central Conference of American Rabbis (CCAR), including serving as its president.

However, when the CCAR passed a pro-Zionist resolution favoring the establishment of a Jewish army in Eretz Yisrael (1942), Wolsey, who was adamantly opposed to political Zionism and enraged by the resolution, undertook to establish a “non-Zionist” association, leading to the founding of the American Council for Judaism (ACJ), which established its headquarters in Philadelphia. But with the birth of Israel in 1948, he formally withdrew as an ACJ member because, he believed, the group had elevated anti-Zionism over Reform principles, which Wolsey considered paramount. In the face of “a harried European Jewry,” he argued that “the Zionist movement…should dissolve into a unity of world Jewry for the creation of a Jewish culture and a Jewish life in Israel.” 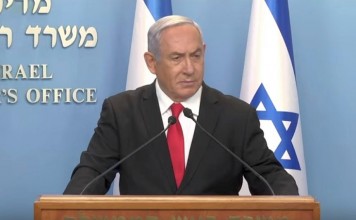