In Der Steppenwolf, he applied the tools of psychoanalysis and the conflict between the conscious and unconscious mind to analyze a middle-aged protagonist who seeks to harmonize the dichotomy between conformist acceptance and transcendent self-realization. His lyrical novels generally involve the relationship between introspective G-d-seeking individuals and their fellow humans.


The son of a Lutheran missionary to India and the grandson of a scholarly Orientalist, Hesse was also famous for his interest in Eastern religion and Chinese philosophy. It remained fundamental to his thinking and manifested itself throughout his work, particularly in Siddhartha, noteworthy for presenting profound philosophical and spiritual questions in a manner understandable to the general public.

Probably his most beloved work, Siddhartha is a fictional/allegorical account of a young man’s journey toward enlightenment during the time of Buddha in which Hesse struggled to synthesize Eastern and Western philosophical thought.

These two seminal works – Der Steppenwolf and Siddhartha – and others made Hesse a cult figure on American college campuses during the 1960s and ’70s, where the youth-oriented culture of the time strongly identified with his disaffected characters and found in the pacifist Hesse a literate spokesman against narrow-minded jingoism in general and against the Vietnam War in particular.

Hesse never openly condemned the Nazis – which, as we shall see, subjected him to open disparagement – but his revulsion of their politics and dogma is beyond question. For example, in a review written in 1922 for Vivos Vocos, Hesse came out unequivocally in support of Jews and against German anti-Semitism:

A little book called Verrat am Deutschtum by Wilhelm Michel gives me an opportunity to say something about one of the most ugly and foolish forms of nationalism demonstrated nowadays by some young Germans. I refer to the idiotic and pathological baiting of Jews indulged in by the swastika bards and their numerous, primarily student, followers. We have had anti-Semitism before and on that occasion it was silly, like all such movements, but it didn’t do much harm. But the form of it with us now among misled German youth does a lot of harm, because it prevents these young people from seeing the world as it is and because disastrously it encourages the tendency to seek out a scapegoat on which to blame everything that goes wrong. Whether one loves the Jews or not, they are people, frequently much more clever, more active, and better men that their fanatical opponents. If they do wrong, then we can fight them just as we fight any other evil… But to make a whole race the scapegoat for the evil in the world and for the thousand serious faults of the German people is such a vile exhibition of decadence that the damage it does outweighs tenfold such damage as might ever have been done by the Jews themselves.

Hesse’s anti-Nazi activities were extensive. He aided the escape of Bertolt Brecht and Thomas Mann out of Germany in 1933, thereby working against Hitler’s suppression of “degenerate” art and literature. He actually spoke publicly in support of Jewish artists and others harassed by the Nazis. Even after the Nationalist Socialist Party assumed power, he sought out books – he had published book reviews in the German press since the 1910s – that others dared not review, including books by Jews (like Franz Kafka) and writers expressing views antithetical to Nazi doctrine.

In 1934, he chose to discontinue his Eine Bibliothek der Weltliteratur (A Library of World Literature) rather than comply with his publisher’s demand that Jewish authors be deleted from the text.

However, although Hesse’s contempt for Hitler and Nazism was deep and profound, the public perception of his stance was mixed, to the point that he was condemned by both the Nazis – who denounced his “anti-German” pacifist views and maligned him for promoting the cause of “Jew literature” – and by Jewish refugees, who criticized him for “abetting National Socialism” and called him a Nazi sympathizer.

There is actually some truth to the latter allegation. Notwithstanding his enmity for the Nazis, he volunteered for the German Army. (He was rejected because of his weak vision, the result of a childhood fireworks accident.)

Hesse’s failure to publicly condemn the Nazi Party and the fascist regime was due, in large part, to his “politics of detachment” – his policy of viewing the war fever infecting Germany from a distance and his general aloofness to the deadly struggle during the 1930s and 40s as he publicly sought to occupy the “middle ground” between the Nazis and exiled German writers.

Early in the war, Hesse published an essay in which he clearly applied his “middle ground” standard, expressing and anticipating German victory but also insisting that humane values be protected. Even this bland caveat earned him everlasting hostility from the German public.

Nor did it help his reputation in Nazi Germany that in March 1933, only seven weeks after Hitler assumed power, Hesse had written to a correspondent that it “is the duty of spiritual types to stand alongside the spirit and not to sing along when the people start belting out the patriotic songs their leaders have ordered them to sing.”

This outlook is entirely consistent with his 1914 World War I essay “O Friends, Not These Tones,” in which he argued that intellectuals should not fall victim to extremist nationalism.

Although Hesse’s works were defended in a secret circular in 1937 by Joseph Goebbels, the Reich’s Minister of Propaganda, by the end of the decade German journals ceased publishing Hesse’s work, and he was eventually placed on the official Nazi blacklist in 1943. Intriguingly, many Nazis attributed his “heresy” to two Jews: his “Jew wife,” Ninon Dolbin, and Sigmund Freud.

Ninon initiated a long correspondence with Hesse in 1909 when she was only 14; they met accidentally 17 years later, and she became his third wife, forever changing his outlook on romanticism. Commentators suggest that this monumental change was clearly reflected in his next novel, Narcissus and Goldmund (1930), the major theme of which was the protagonist’s attempt to secure spiritual stability by finding his perfect companion.

Ninon’s family was murdered in the concentration camps, and the resulting anger and devastation remained with Hesse until his death.

Hesse’s personal experience with psychoanalysis began when he sought therapy and refuge in a sanatorium after his father’s death in 1916, his first wife’s schizophrenia, and a serious illness of his son, Martin. This began a long obsession with psychoanalysis, the influence of which appears in Demian (1919) and in his later work, which evidences his interest in Jungian concepts of introversion and extraversion, the collective unconscious, idealism, and the duality of human nature.

The Nazis, who discounted Hesse as merely a “victim of Jewish psychoanalysis,” blamed it all on Freud. In the April 1936 issue of Die Neue Litteratur, Will Vesper, employing predictable anti-Semitic tropes, characterized Hesse as a traitor and held him up as a classic example of Jewry’s sinister influence in general and of the insidious poisoning of the German soul by Freud’s psychoanalysis in particular:

Once and for all, it must be made public that Hesse is a classic example of how the Jew can poison the soul of the German people. For if at that time, when he took no delight in the war…he had not fallen into the clutches of the Jew Freud and his psychoanalysis, he would have remained the German writer we all loved so well. The warping of his soul can only be ascribed to this Jewish influence.

Interestingly, several of Hesse’s drawings and etchings were discovered at the National Library in Israel half a century after his death. 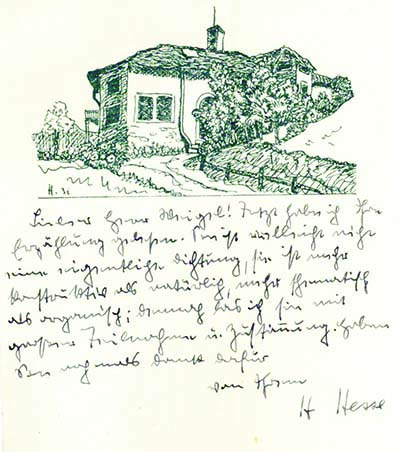 I have just read your story/narrative. It may not be pure actual poetry, it is more constructive than natural, more schematic than organic; nevertheless, I have read it with great sympathy and approval.

From yours
H Hesse

Although he was considered the ultimate Austrian literary authority in the second half of the 20th century, Weigel (1908-91) today remains largely unknown. An Austrian Jewish writer of novels, plays, poetry, libretti, and song texts, as well as a prolific French translator (he translated most of Moliere’s plays), Weigel was also a theater critic who wrote reviews of plays for various Austrian newspapers and served as a mentor for young writers. He was a great admirer of Bertolt Brecht’s work, but was also a “Cold War warrior” who played a leading role in the post-World War II boycott of Brecht in Austrian theaters in protest of Brecht’s strong communist views.

Weigel rejected his Judaism and, almost incredibly, denied the existence of anti-Semitism. In a provocative and scandalous series he wrote for the socialist weekly Heute in 1960, he demanded that the Jews completely assimilate and that they abandon any notion of a shared Jewish destiny.

As such, it is not surprising that after World War II, he devoted great effort to convince Jewish expatriates, deportees, and refugees to return to Austria – including his parents, who had immigrated to New York before the war – arguing disingenuously (and unconvincingly) that there was no anti-Semitism under the new Austrian government. 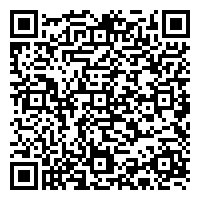