The Roman Empire was a dim memory. The gulf between Christian Europe and the Muslim world was growing wider every year. But wealthy people will always have a yen for exotic, luxurious things – rare spices and perfumes, soft silks and furs – and pay a good price to get them. Therefore, a group of Jewish merchants seized the opportunity and created a trade network that stretched from Spain in the west to China in the east, and from the northern kingdom of the Khazars to the southern lands of Arabia, India and Ceylon.

They were called the Rhadhanites in a document penned by ibn Khordadbeh, a 9th century postmaster and spymaster for the Caliph in Baghdad. Not much is known about them, besides their trade routes and the fact that they were multilingual. For instance, was the word “Rhadhanite” a general term for Jewish merchants, or did it refer to a specific family or clan? Were these Jewish merchants from the area around Baghdad, or did they originate near the Rhone River, the end point of their various trade routes? Historians have studied ancient documents, languages and maps to solve the puzzle, but so far the Rhadhanites have kept their secrets. While no one doubts their role in bringing brocades, furs and swords to the Orient, and carrying back musk, aloes and cinnamon to Europe, other claims remain in the realm of conjecture. Was it the Jewish Rhadhanites who brought the Chinese art of papermaking to the Western world and not the Arabs? It’s possible, although it’s also possible that both Jewish and Muslim traders were involved. What about those Hindu-Arabic numerals that replaced Roman numerals in Europe? According to Avraham ibn Daud, a 12th-century Jewish astronomer and historian from Spain, it was Joseph of Spain who brought the simpler 10-digit system of counting from India. But who, exactly, was this Joseph of Spain? We know he was a merchant during the Rhadhanite era, but whether or not he was a Rhadhanite – there were other traders abroad – and whether or not he was the Joseph of Spain who authored several medieval mathematical treatises, which would explain his interest in numbers, is not known.

For the Rhadhanite trade network to work, the merchants needed a relatively stable world order, one that would allow them to move freely across borders and cultures. That stability was shaken in the 10th century by the fall of China’s Tang Dynasty and the destruction of the Khazar Empire. The rise of mercantile Italian city-states such as Venice and Genoa also led to the Rhadhanites’ demise. But for a 500-year period that lasted from approximately 500-1000, the Rhadhanites played an important role in the continuation of international trade, and they may have been a conduit for the flow of new ideas and inventions as well.

The Elephant in the Room

While the Rhadhanite traders usually liked to buy and sell luxury items that could be easily transported, Isaac the Jew, an emissary of the Frankish King Charlemagne, had the task of transporting an unwieldy elephant from Baghdad to Northern Europe. By all accounts, it wasn’t easy.

The incident is recorded in the Royal Frankish Annals, which cover the years 741-829 and are an important source for Charlemagne’s reign. Charlemagne, like other rulers before and after him, invited Jewish merchants to settle in his mainly agricultural kingdom to develop its commerce and trade. Jews could also be found in various positions at the royal court, thanks to their knowledge of languages and their international connections.

We don’t know the official title Isaac the Jew held, but he seems to have been a trusted diplomat because when he set out in 799 for Baghdad, he had been charged with an important mission. Along with two other diplomats, he was sent to establish friendly diplomatic relations with Harun-al-Rashid, the fifth Abbasid Caliph in Baghdad, so that Charlemagne could have access to the Holy Land.

Harun al-Rashid ruled during the peak of the Islamic Golden Age and it is his court that is described in the fictional One Thousand and One Nights. As was customary, the diplomats from the Frankish kingdom exchanged gifts with the Caliph. Harun al-Rashid got Spanish horses, hunting dogs and Frisian cloaks – expensive woolen cloaks that could be dyed white, gray, crimson or sapphire. In return, he gifted Charlemagne with silks, perfume, ivory chessmen, a water clock with mechanical knights that announced the hour, a huge tent with many-colored curtains and an Asian elephant named Abbul-Abbas.

Unfortunately, the other two members of the diplomatic mission died before the return trip began. It was therefore up to Isaac to bring the elephant and the other gifts safely home. Researchers have retraced his steps, following his progress from Baghdad across northern Africa, where he boarded a ship from Tunisia to cross the Mediterranean Sea. After Isaac and Abbul-Abbas landed in Genoa, it was just a hop, skip and a jump over the Alps to Charlemagne’s royal residence in Aachen. They arrived on July 20, 802.

The elephant became an immediate sensation, and its name was frequently mentioned in writings of the time. As for Isaac, who passed away in 836 when he was in his mid-eighties, not much else is known. But at least one writer, Jeff Sypeck, author of the book Becoming Charlemagne, has an appreciation of the difficult feat Isaac accomplished: “Whatever reward awaited him for leading an elephant across 3,500 miles, it could not have been enough.”

An Eye for Travel

There were other Jewish diplomats who traveled extensively for their monarchs, such as Jacob ibn Tariq, who was sent by the Caliph to Ceylon during the 9th century to pick up some books on astronomy. There were also many other Jewish merchants doing business along the ancient trade routes. Indeed, the medieval period is sometimes described as a time when the Jews were constantly on the move. But during the 12th century, a new kind of Jewish traveler took the stage – people who recorded their experiences while on the road, describing the people and communities they encountered, along with the sights. One of the most famous of these early travel writers was the 12th century author of Book of Travels, Benjamin of Tudela.

Benjamin left his native Spain around the year 1160 and was on the road for more than a decade. His final destination was Eretz Yisrael, which was then ruled by the Christian Crusaders. Some historians suggest Benjamin might have been a merchant and that doing commerce was another reason for his trip. Marcus Nathan Adler, in his 1907 book The Itinerary of Benjamin of Tudela: Critical Text, Translation and Commentary, suggests yet another reason. During those uncertain years, when many of northern Europe’s Jewish communities had been destroyed by the Crusaders and the Jews of Cordoba were being persecuted by their Moorish rulers – the Rambam’s family fled Cordoba, along with many other Jews who chose exile over forced conversion – Benjamin was perhaps searching out safe havens for Jews to flee to, if necessary.

Benjamin’s travels followed a Mediterranean route, visiting cities with established Jewish communities, such as Barcelona and Gerona, Narbonne and Montpellier, Genoa and Rome and Salonika and Constantinople, before arriving in Jerusalem. On his return trip, he visited Damascus, Baghdad and Basra and Alexandria. While he writes about Persia, China and other parts of the Far East, it is generally thought that this part of his travel diary relies on hearsay rather than eye-witness reporting.

Yet, it’s not only the number of places visited that gives Benjamin’s diary an important place on the medieval bookshelf; the breadth of his interests and observations offers us a rare glimpse into medieval communities and their everyday life. Thus, we are told the names of the Torah scholars who were prominent in each city and learn about medieval Jewish professions, such as silk weaving in Thebes and glass-working in Aleppo. He also describes the way synagogues were organized in Egypt.

A highlight of the diary is his detailed description of his travels in Eretz Yisrael, which included a visit to Har Tzion, where he hears a legend about King David’s burial place, and to Chevron, where he describes his visit to the Cave of Machpelah:

The custodians tell the pilgrims that these are the tombs of the Patriarchs, for which information the pilgrims give them money. If a Jew comes, however, and gives a special reward, the custodian of the cave opens unto him a gate of iron, which was constructed by our forefathers, and then he is able to descend below by means of steps, holding a lighted candle in his hand. He then reaches a cave, in which nothing is to be found, and a cave beyond, which is likewise empty, but when he reaches the third cave behold there are six sepulchers, those of Abraham, Isaac and Jacob, respectively facing those of Sarah, Rebekah and Leah.

Benjamin of Tudela’s travel diary was translated into many languages and can still be purchased today, which is probably why he is the best-known medieval Jewish traveler. But there were others. For instance, Rav Petachiah of Regensburg (also known as Ratisbon) made a journey around the same time, which probably began in Prague and took him through Eastern Europe until he headed south to reach Eretz Yisrael.

Yet another traveler was a Barcelonian Jew named Yuceff Faquin, also known as Yosef the Physician. According to a document of King James IV of Majorca, dated 1334, Faquin was sent by the king to circumnavigate the entire known world, making him one of the best-traveled people of his day.

But that day would soon be coming to an end. European monarchs were searching for a better way to reach the Indies, either by sea or by new overland routes. What they found instead was a new world – and they did it with the help of a new kind of Jewish geographer, whom we’ll meet next month in Part II of Jewish Geography: the mapmakers who made those long-distance voyages possible. 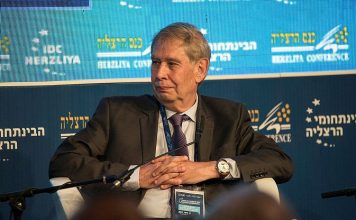