The origins of chess are lost to antiquity. One of the more interesting sources for the genesis of the game is the Midrash, which teaches that King Solomon played chess with Benayahu Ben Yehoyada, his military chief of staff and chief counsel, and there are a number of apocryphal texts that discuss King Solomon’s obsession with the game.

One such text, Beis HaMedrash (cheder 6, maasiyot 3), tells the story of an undefeated King Solomon losing a game to Benayahu after the latter surreptitiously changed the position of a knight when the king had to temporarily leave the room to address a state matter and went on to “win” the game. However, using his celebrated wisdom and ingenuity, Solomon was able to trick Benayahu into confessing his misdeed.


Most academics claim there is no evidence that chess was known to Jews during the Talmudic period (which ended circa mid-7th century). However, such evidence exists in the Gemara itself – specifically Ketubot 61b, where Rabban Shimon ben Gamliel, concerned that idleness leads to sin, suggests that a woman who delegates her chores to her servants should at least occupy herself by playing nardeshir, which Rashi explains is ishkukei, a word linguistically akin to the French échecs (chess).

Intriguingly, ishkukei is the same word used by Yehuda Halevi in his renowned Kuzari, where he characterizes the game as “an intellectual exercise” and uses chess as a metaphor for explaining free will.

Moritz Steinschneider (1816-1907) – a Bohemian bibliographer, Orientalist, Hebraist, and general polymath – suggests in his Schach bei den Juden (“Chess with the Jews,” 1873) that Jews first became acquainted with chess in the 10th century and cites a work by Moses Sephardi (b. 1062), who describes chess as “a knightly virtue.”

It is generally recognized that Arabs introduced the game – which they called Shatranj – into Europe via Spain, and by the 11th century it was widely played by Spanish Jews. Avraham Ibn Ezra, a 12th century poet, wrote the earliest extant rules for chess in his poem “Charuzim,” in which he analogizes chess to war, designates the two opposing armies as “Kushim” (Ethiopians, the black pieces) vs. “Edomin” (Europeans, the white pieces), and characterizes the game as “the wars of the mind.”

Ibn Ezra also wrote an interesting poetic riddle about chess (the meter and rhyme in the original Hebrew is quite beautiful, as is all his work):

A land without earth,
her kings and officers
go about without souls.
If the king is destroyed,
not a soul shall live.

The Sefer Chassidim strongly recommends playing chess, and Spanish rabbanim not only sanctioned playing the game, but urged Jews to play it to the exclusion of all other games. The Life of Elchanon or Elchonon (1753) records that Rav Shimon ben Elchanan HaGadol, the author of the Yalkut Shimoni and a renowned 10th century paytan, was a “great master of chess” but always lost when he played the pope.

However, the Rambam declares in Mishneh Torah that a professional chess player is not kosher l’edut (his testimony is not credited in courts of law), and other halachic authorities characterize chess as “bittul Torah” (a waste of time that should be spent on studying Torah).

Whether or not Jews invented chess, it is indisputable that they have historically dominated the game. Much has been written about the reasons for this, but the usual explanations include the Jewish love of learning and a demonstrated ability over time to persevere in the face of adversity. As early as January 1891, the Chess Player’s Chronicle commented that it “seems strange that the chess championship of the world should be again fought out between two Jews.”

Strange, indeed. William Steinitz, the first Jewish Chess Champion, broke onto the scene in 1866 and remained undefeated for 27 years before losing the title to another Jew, Emanuel Lasker, who also retained it for 27 years. After Lasker lost to Cuban Jose Raul Capablanca (1921), there was a Jewish dry spell until 1948, when Mikhail Botvinnik of the USSR won the title and kept it, with two brief interruptions, until 1963. The two Soviets who temporarily interrupted Botvinnik’s reign were half-Jew Vasily Smyslov (1957-1958) and fellow Jew Mikhail Tal (1960-1961).

In 1963, Armenian Tigran Petrosian took the title, which he held until 1969, when the Jewish Boris Spassky took the crown. Bobby Fisher, another Jew, took the title from Spassky in 1972 and held it until he was defeated by Anatoly Karpov who, while his roots are generally unknown, may have had Jewish ancestry. Karpov lost the title to the Jewish Gary Kasparov (1985) who later lost to Vladimir Kramnik (2000), who may or may not have been Jewish (a number of his family members have made aliyah).

Jewish dominance of the chess championship is a true statistical anomaly. Jews have retained the title over 50 percent of the time since Steinitz was formally crowned in 1886 and Jews, who comprise an estimated 0.2 percent of the world’s population, comprise over 50 percent of virtually every list of the greatest chess players of all time – an astounding 250-fold over-representation.

This article in not about any particular chess champion or grandmaster but, rather revolves around some favorite miscellaneous items from my collection on the theme of “Jews and Chess.”

Displayed here is a photocard of the famous chess game between Rav Yisrael Abba Citron and Sir Ronald Storrs, the governor of Jerusalem under the British Mandate and recognized as a world-class chess player. Sir Storrs (1881-1955) served as military governor of Jerusalem in the wake of Allenby’s conquest (1917) and then, after the British acceptance of the Mandate, as its regular governor.

Though keenly aware of the unique and special status that his position as the first governor of Jerusalem since biblical times conferred on him, he nonetheless proved to be a great enemy of the Zionist movement and the Yishuv. He publicly pronounced strong support for the odious Palestine White Paper (1939); he favored dramatic reductions in Jewish immigration levels into Eretz Yisrael; and he argued that revising the White Paper would be “caving in to the Zionists.”

The Yishuv leadership held him largely responsible for the British authorities’ incompetent handling of anti-Jewish riots and pogroms, including specifically the Jerusalem Easter riots of 1920 and the November riots of 1921. Chaim Weizmann, who viewed him with distrust and animosity, recorded multiple diary entries for the years of Storrs’ Governorship that consistently call into question Storrs’ support for a Jewish National Home.

When the Russian authorities forced the appointment of “puppet rabbis” with a secular education, some Jewish communities sought authentic rabbanim who were also well-versed in secular subjects. One such rav was R. Yisrael Abba Citron (1881-1927) who, after receiving semicha and marrying the daughter of the Rogotchover Rebbe, took an external matriculation exam, studied Russian, and became expert in eight languages.

Rav Citron was supported in his educational efforts by Rav Meir Simcha of Dvinsk (the author of Or Samayach), but not by his own father-in-law, with whom he also disagreed on the issue of Zionism. He later accepted an invitation to serve as the Chief Rabbi of Petach Tikvah (1910).

His influence was instrumental in the establishment of the Lomzha Yeshiva Petach Tikvah, headed by Rav Yechezkel Michael Gordon – which may well have been the first yeshiva in the new settlements in Eretz Yisrael – and he also served as one of the founding leaders of Mizrachi (1918).

Israel is home to an incredible 212 chess Grandmasters, and Beer Sheva boasts the highest percentage of Grandmasters in the world with one for every 23,000 residents.

The popularity of chess in Eretz Yisrael was such that though the population of the Yishuv ranged from only about 25,000 in the 1880s to 600,000 when Israel was born in 1948, chess clubs were established throughout the land, even in the smallest villages, chess publications were immensely popular, and public chess exhibitions were well-attended.

The Palestine Chess Federation was established in 1934 (it later became the Israel Chess Federation when Israel gained its independence). Just a year later, evidencing the popularity of chess in the early Yishuv, a sports delegation under the flag of Eretz Yisrael participated in an international competition: the Warsaw Chess Olympic Games (1935). The first official sports competition between Israel and an Arab country took place at the Chess Olympic Games in Varna, when Israel’s national team defeated Tunisia (1962).

Exhibited here is an exceedingly rare invitation to the very first Palestine Chess Championship, held in 1934 during Chol HaMoed Sukkot:

The national interest in chess grew even greater when over a million Russians, for whom chess was the national pastime, made aliyah when the Iron Curtain opened in the 1990s, particularly when Boris Gelfand, a Russian Jew, ranked among the world’s top 10 grandmasters, made aliyah (1998). There was excitement bordering on mass hysteria in 2012 when Gelfand played for the World Championship in Israel (he took a lead, but ultimately lost).

Many of Israel’s prime ministers were active chess players. Ben-Gurion is known to have played chess by himself during boring Knesset meetings and, as exhibited here, Shimon Peres (shown playing with Israeli Grandmaster Alik Gershon) and Benjamin Netanyahu (shown playing with his father) were/are aficionados.

Displayed below is Joseph Steinhardt’s Chess Players (ca. 1924), signed and titled by the artist. One of the 20th century’s preeminent artists, Steinhardt (1887-1968) was a German Expressionist whose graphic works, especially woodcuts and etchings, are masterpieces of the medium.

Recognized today as one of the most prominent woodcut artists using a neo-Gothic or Biblical style, he is credited with refining the technique of block printing. As a teacher of graphics and later director of the Bezalel Art School in Jerusalem, he influenced a whole generation of Israeli artists.

Exhibited here is a rare postcard featuring Meir Gur-Arie’s Trouble with the Queen, issued by Bney Bezalel in Jerusalem (1933). Born Meir Horodetsky, Gur-Arie (1891-1951) studied at the Lodz Art School before emigrating from Russia to Eretz Yisrael (1909), where he became a leading Bezalel artist. His work, which remains highly popular, is exhibited worldwide, including at the Israeli Museum in Jerusalem.

After studying at the Bezalel School of Art (1909-1911), he taught painting and ivory carving there (1911-29). A member of the Menorah group, he, together with Zev Raban, opened the Menora workshop (1913) and later established the “Workshop for Industrial Design” (1923). A participant in the famous “Tower of David” Exhibition, he was a founder of the Union for Hebrew Art (1920). 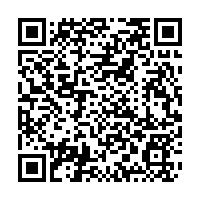