One thing I have learned after cataloging hundreds of thousands of books is that not only can’t you judge a book by its cover, you often can’t judge it by its title page either. A fascinating and rare Talmud volume I just acquired illustrates why.

This Talmud volume looks fairly standard. But it’s hardly so. Printed in Vilna in 1855 by the famed Romm Press, this volume – of Masechet Kiddushin – includes the commentaries of the Maharsha and Maharam on the daf. And then there’s this disclaimer that appears in it:


“The government, may it be glorified, has justifiably refused the permission to studying this specific tractate and similar tractates with youth in schools as these tractates were founded based on the climate of warmer countries in Asia and following the practices of those ancient times, when the Jews lived among the gentile who worshiped idols and who were attached to all types of evil desires. 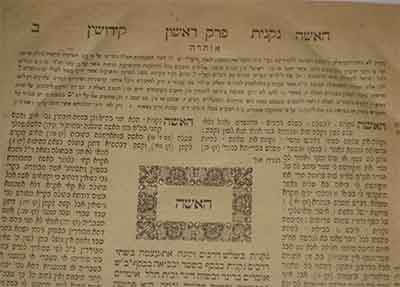 “It was thus that the rabbis made many regulations and decrees to distance them from these gentiles and their like. What would children and youth need with such things? Why shall we arouse in them such desires which will damage our youth?

“We thus thank many times our government, which has enlightened our eyes to prevent teachers from instructing children in this tractate. Only rabbis, lovers of antiquity and those interested in ancient times, are granted permission to study this tractate, as they can differentiate between modern and ancient times and will know to be careful not to be harmed.

“We can see that the rabbis in the Talmud themselves understood and found error in the practices of those times. As we find on daf 12, where Rav would instruct to be lashed anyone caught betrothing a woman, or having relations with a woman in public. In addition, it shall be noted, that since the destruction of the Temple, we do not have today the ability to impose penalties or death sentences, and only following the law of the government which protects us we live our lives.”

Apparently, the czar’s censor took offense at the marital issues discussed in this volume, and imposed this text on the reader. Lest the reader find himself forgetting the warning, on all relevant pages in the volume appears a header with a reminder to look at the warning at the beginning of the volume.

Towards the end of the volume, we find a variant warning, stating: “From these very pages we can see how our government was correct in preventing students from studying these tractates. Our own sages have taught us (in Avot), that Talmud shall be taught at age 15 – why shall we veer from their ways and guidance?”

This specific edition does not appear in any of the standard bibliographies, and the only other known copy in the world seems to be in a library in Vilna. 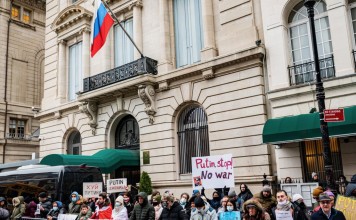