The eighth of Kislev is the yahrzeit of Rav Pinchas Dovid HaLevi Horowitz, first Bostoner Rebbe (1876-1941). A descendant of the Hafla’ah, the Chozeh MiLublin and the third Lelover Rebbe, he was born in Jerusalem. His grandfather, who died a year before he was born and for whom he was named, had relocated the family to Palestine. His father was reputed to be one of the hidden tzaddikim of Yerushalayim. In 1910 his uncle, Rav Elazar Mendel Biderman, fourth Lelover Rebbe, began to encourage him to move to America. He refused, feeling that he had no place in what was then a spiritual wasteland.

In 1912 a disagreement broke out in Galicia about the disbursement of funds raised there for the people of Yerushalayim. Until recently the funds had only gone to destitute people, but more recently the money was being used to support the study of Torah as well. The rabbonim who managed the disbursement of the funds asked Rav Pinchas Dovid to travel to Galicia to settle the issue. After the issue was settled he anonymously wrote a sefer explaining all of the issues and the rulings of the various rabbonim.

He wished to return to Palestine but was unable to due to the outbreak of WWI. He decided instead to travel to the United States to raise money for the yishuv in Eretz Yisrael.
Arriving in the United States in 1915 he ultimately decided to settle in Boston where he began to attract followers and over time started to conduct himself as a Rebbe. In 1920, with the war over, he was able to arrange for his wife and children to join him in Boston after close to a decade of separation. Due to the dearth of Jewish education locally, in 1936 he partnered with Rabbi Yosef Dov Soloveitchik in founding a yeshiva.

In 1940 he moved to Williamsburg, then an up-and-coming frum neighborhood, and opened a shul. He remained there until his passing. His chassidus continues today with branches in Brookline, Mass., Brooklyn, and Har Nof.

The thirteenth of Kislev is the yahrzeit of Mrs. Chedva Silberfarb (1962-1989). Living in Israel and having recently given birth to her third child at the age of twenty-four, she found herself feeling perpetually tired all the time and made an appointment to see a doctor. She assumed that she was anemic or possibly needed some vitamins, but the doctor ordered a chest x-ray because she was coughing a lot. Next thing she knew she was being rushed off to the hospital. There she was, twenty-for years old days before Purim being told she had only a few months to live.

She flew to the United States for treatments, then continued the treatments back in Israel. The week before Rosh Hashana, despite her terrible weakness, she forced herself to cook for Yom Tov and for the preceding Shabbos. On Shabbos she decided to attend a shiur and the speaker spoke about how a few years earlier, as he was getting older and feeling more frail, he went to the Steipler for a beracha. The Steipler told him, “You don’t need a beracha you need a zechus,” something meritorious to stave off the din that is hanging over you. The words pierced her heart and mind and she couldn’t sleep all night, realizing that she needed some zechus to counter the disease which was wracking her body.

Trying to figure out what zechus she could possibly acquire for herself, she began to recite Tehillim, when she came across the words words “Mi ha’ish he’chafetz chaim…netzor leshoncha mei’ra” – one who wants life should guard his tongue from speaking ill of others. She decided that she would take on the responsibility of educating people about shmiras ha’lashon. Despite her condition, she began traveling around the world speaking to groups about the importance of not speaking ill of others. She embarked on a grueling schedule traveling across the United States, Canada and Israel, speaking up to seventy-five times a month.

She would tell people, “Refraining from lashon hara requires no financial outlay, and no expenditure of time or energy. On the contrary, my very presence here tonight attests to the fact that such a commitment adds strength and lengthens your lifetime. And I assure you, the rewards are not only in this world.”

She refused to stop lecturing despite her family and friends imploring her to conserve her energy. One day she had a chemotherapy appointment in Brooklyn at 9 a.m. with a lecture scheduled two hours later. Flying from the Unites States to Israel, she responded to requests that she come to London to speak.

She encouraged the formation of study groups focused on the halachos of shmiras ha’lashon, some of which continue to this day. She passed away at the age of twenty-seven, living three years longer than doctors had expected. She gave credit to her efforts at spreading awareness of shmiras ha’lashon for extending her life. 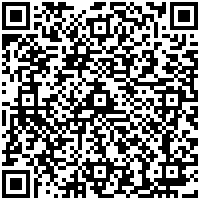