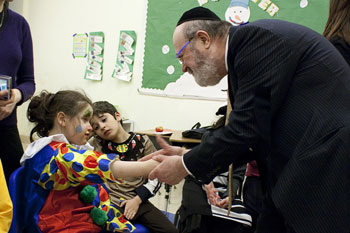 Throughout the years, she’d hidden her in the windowless room at the back of the house. I always wondered why we were never welcomed over the threshold. I knew her daughter had been born with a problem, but it was never discussed and I’d only caught a glimpse of her from afar before she was hurried away. Oh sure, people gossiped, as people always do, but Chedva was my friend, and I defended and respected her right to privacy.

She wasn’t a bad woman or even a simple woman – I know now that her silence was a response to despair and self-loathing at her inability to reach out and touch her child’s soul.


A few months ago, she invited me into her home for the first time. She wanted me to meet her daughter. She was bubbling and brimming with enthusiasm as she opened my eyes to a whole new world.

The pretty little girl, about eight years old, frolicked happily in the living room among her siblings, not really seeing or relating to them, despite her perfect eyesight.

“She’s autistic,” Chedva said softly. “Which essentially means she lives in a bubble. I can’t describe the years of frustration, knowing that even I, her mother, wasn’t able to break through the impenetrable casing. No matter how hard I tried nothing worked.”

Chedva went on to describe a whole slew of difficulties she’s had to deal with. Unfortunately, autism has become more and more common, although partially as a result of more accurate diagnosis.

“I have discovered a whole network of parents who are in the same boat, and now that I know I’m not alone I don’t feel so awful. I’ve finally come out of the woodwork.”

Her daughter was in desperate need of special schooling that until a few years ago could only be dreamt of.

Their life is a long uphill battle, strewn with difficulties.

Recently, Dr. Joshua Weinstein, who does not promise miracles, has brought a measure of joy to parents like Chedva by showing them a way forward. He not only works with autistic children, he also teaches parents how to help themselves.

I was surprised when I met Dr. Weinstein. I had not expected to find that the man who has devoted his life to deciphering the mysterious world of autistic children was a chassidishe father of seven.

“I am a chassid of everybody,” he said warmly.

“How do autistic children differ from ordinary children,” I ask him.

“There is no one answer and sometimes autism can be very difficult to diagnose because autistic children look similar to regular children, when in actually their inner makeup is very different.

“Some children don’t talk at all, while others have very interesting speech patterns, repeating the same few words over and over again. The problem is that most people who can’t talk with their mouth speak with body language, whereas the body language of autistic children is often awkward and as a result of not being understood, they become easily agitated. In their younger years, they usually play alone, not initiating contact with other children, often unable to make eye contact. When they do approach others it will be inappropriately, thus, interestingly, distancing others as opposed to bonding with them.”

Dr. Weinstein is on a mission. Although based in NY, he spends a good deal of time traveling to and from Eretz Yisrael. His present project is a medical conference focused on furthering research into the symptoms and ways of bettering the lives of those suffering with autism.

“I am a chassid of everybody,” he says warmly once again.

With ideals and a mindset firmly based on Torah values, as well as broad knowledge and experience in education, he found his niche in the workplace. Before long he was the director of a company providing support and assistance for the physically challenged – both in institutions and at home.

One of his clients was a young woman with two disabled children. Once, during a conversation they began talking about autism. Although familiar with the term, as most of us are, Dr. Weinstein had a very vague picture of what autism is all about.

This young woman, a vivacious, determined individual had established support groups aimed at helping parents cope with their children suffering from differing disabilities. She told him about the almost twenty families she knew whose children were autistic and had no real support system to help them with their needs. 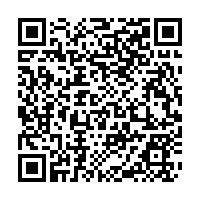